The New York Times writer, Stephanie Rosenbloom, considered her trek to Southeast Asia an opportunity for exploration in addition to the destination. Why? Because of the esteemed Changi Airport - voted the world's best airport seven years running. She says, “it’s so inviting, that while planning a trip to Southeast Asia, I suggested to my husband that rather than just transit at Changi, we stay overnight.”

Her article, My 27-Hour Vacation in Singapore’s Changi Airport, paints a beautiful picture of this new airport-as-destination phenomenon. She says that airports are not just physical launching pads but the waiting game is an opportunity for the mind to take flight. Jewel Changi Airport, with its gardens, attractions and establishments, is a place where the mind, the imagination and the spirit can soar.

Rosenbloom recounts her time maneuvering the skynets, traversing the mirror maze, flitting from store to store, eating award-winning specialities, and gazing upon the Rain Vortex nightly light show. She concludes that...

“The airport is a gift to travelers.”

Photos by Lauryn Ishak for The New York Times 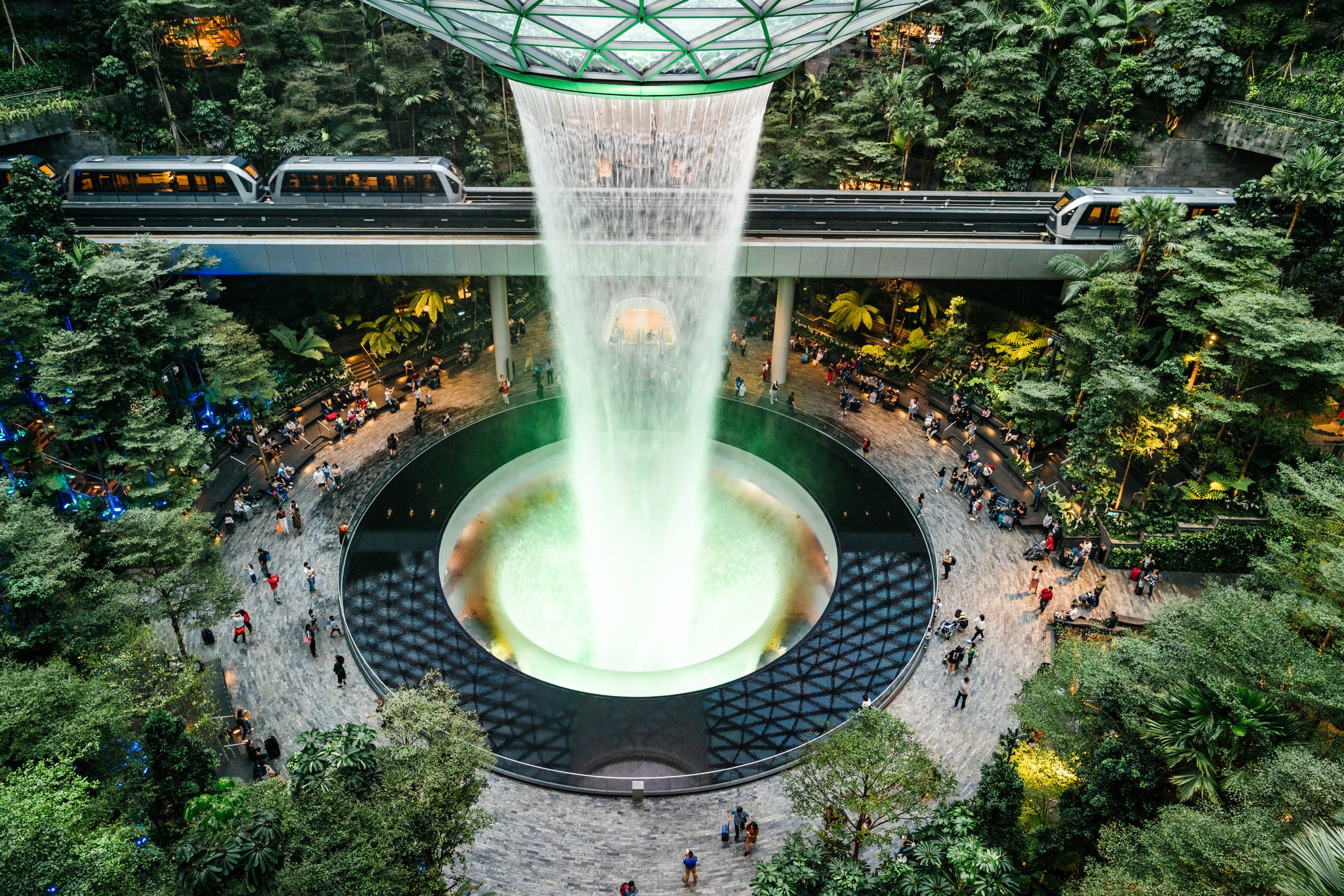