Full article at Architectural Record or as a pdf download below.
Text excerpted from a piece by Joann Gonchar, FAIA.

Say the word “airport” and even the most intrepid road warriors are likely to think of the headaches associated with air travel, such as lost luggage, delayed flights, intrusive security screenings, and long lines at international entry points. Travelers are probably not envisioning a verdant landscape with cascading water features or meandering walking trails. 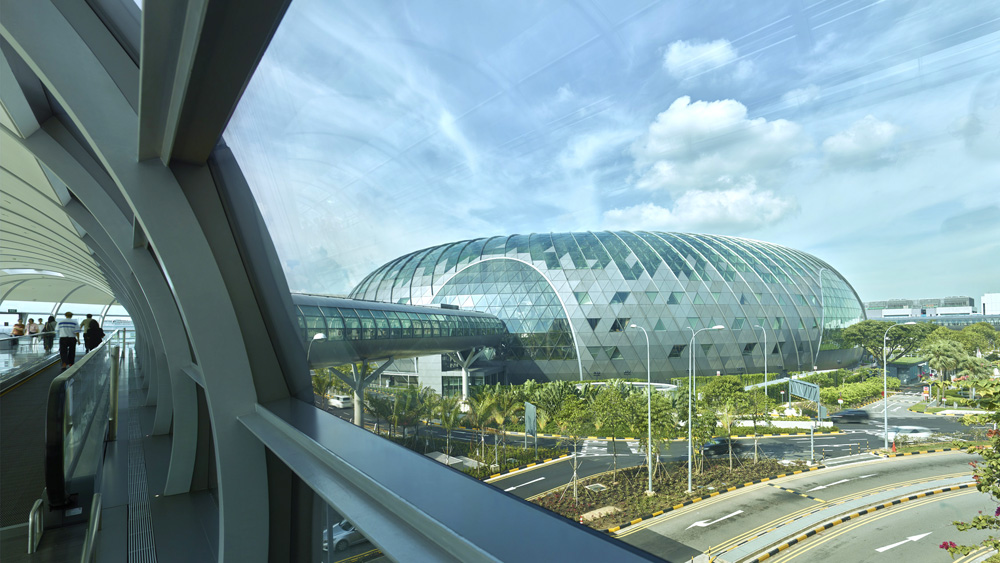 But that is what people encounter inside Jewel at Singapore’s Changi Airport. The $1.2 billion structure, designed by Cambridge, Massachusetts-based Safdie Architects, weaves retail space, food outlets, and passenger conveniences together with a flourishing green space of palm and bamboo trees, canyons, and a 130-foot-tall waterfall—all within an immense, climate-controlled toroidal glass enclosure. 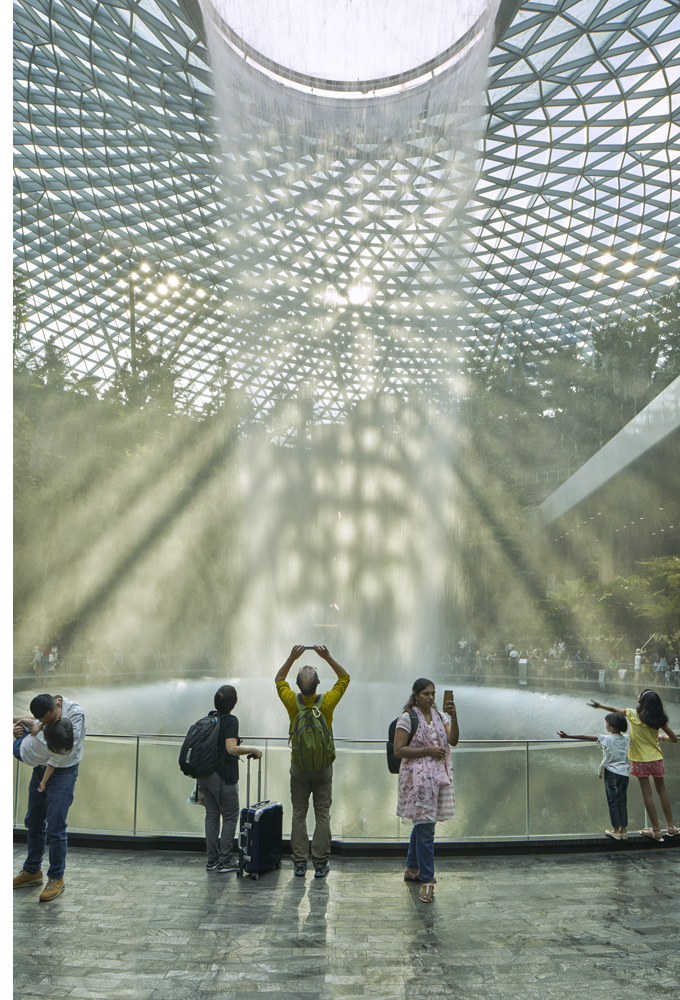 The aspiration for Jewel was not only to entice more people to travel through Changi, but also build upon its curious popularity among Singaporeans as a destination in its own right—a place readily accessible to the rest of the island via mass transit, where the nontraveling public can shop, eat, and spend leisure time. Toward those goals, the 2014 request for proposals called for a shopping mall, airport services that included early check-in facilities and baggage storage, plus an unspecified “attraction.”

To fulfill this open-ended part of the brief, Moshe Safdie, the architecture firm’s founder, proposed a “mythical garden” as the focal point around which Jewel’s other programmatic elements could be organized and as a fitting gateway to the famously lush city-state. Dubbed the “forest valley,” the resulting green space takes the form of an 80-foot-tall stepped elliptical void that is topped with a “canopy park” with follies such as a topiary walk, a mirrored maze, and a glass-bottomed bridge. 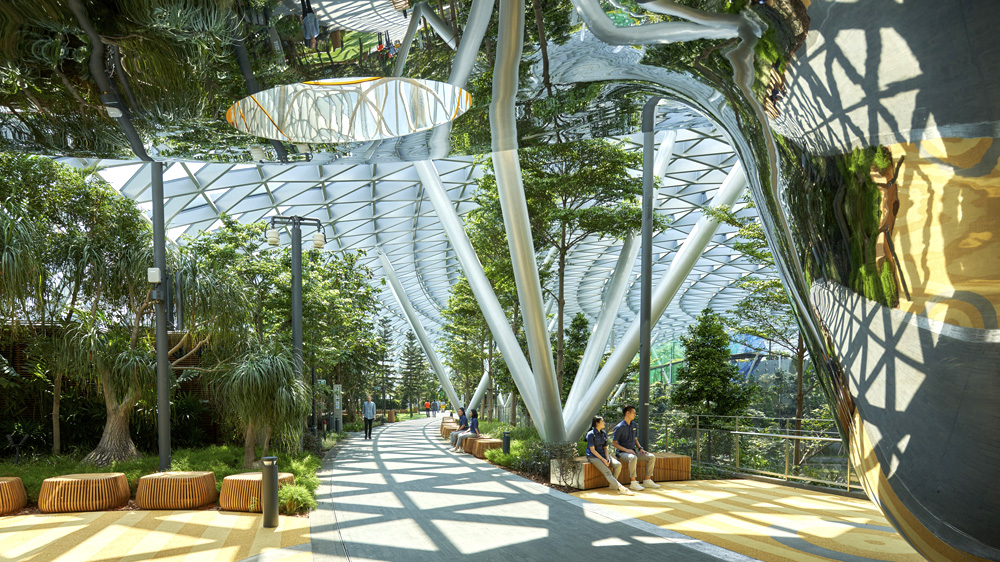 Excerpted from a piece by Joann Gonchar, FAIA. Read the complete article on the Architectural Record site or download it as a pdf below.

All photos by Tim Hursley.