Why Singaporeans Really Love Their Airport

Full article at CityLab.
Excerpted from a piece by Keshia Naurana Badalge.

As a child, my grandmother and I would often spend the day at Changi Airport in Singapore. We weren’t going anywhere; we’d just sit at the head of the Skytrain with a bag of french fries from McDonalds at Terminal 3 between our knees, shuttling from one terminal to the next. It felt like a vacation.

How many other airports draw crowds of locals to eat, play, and just hang out? 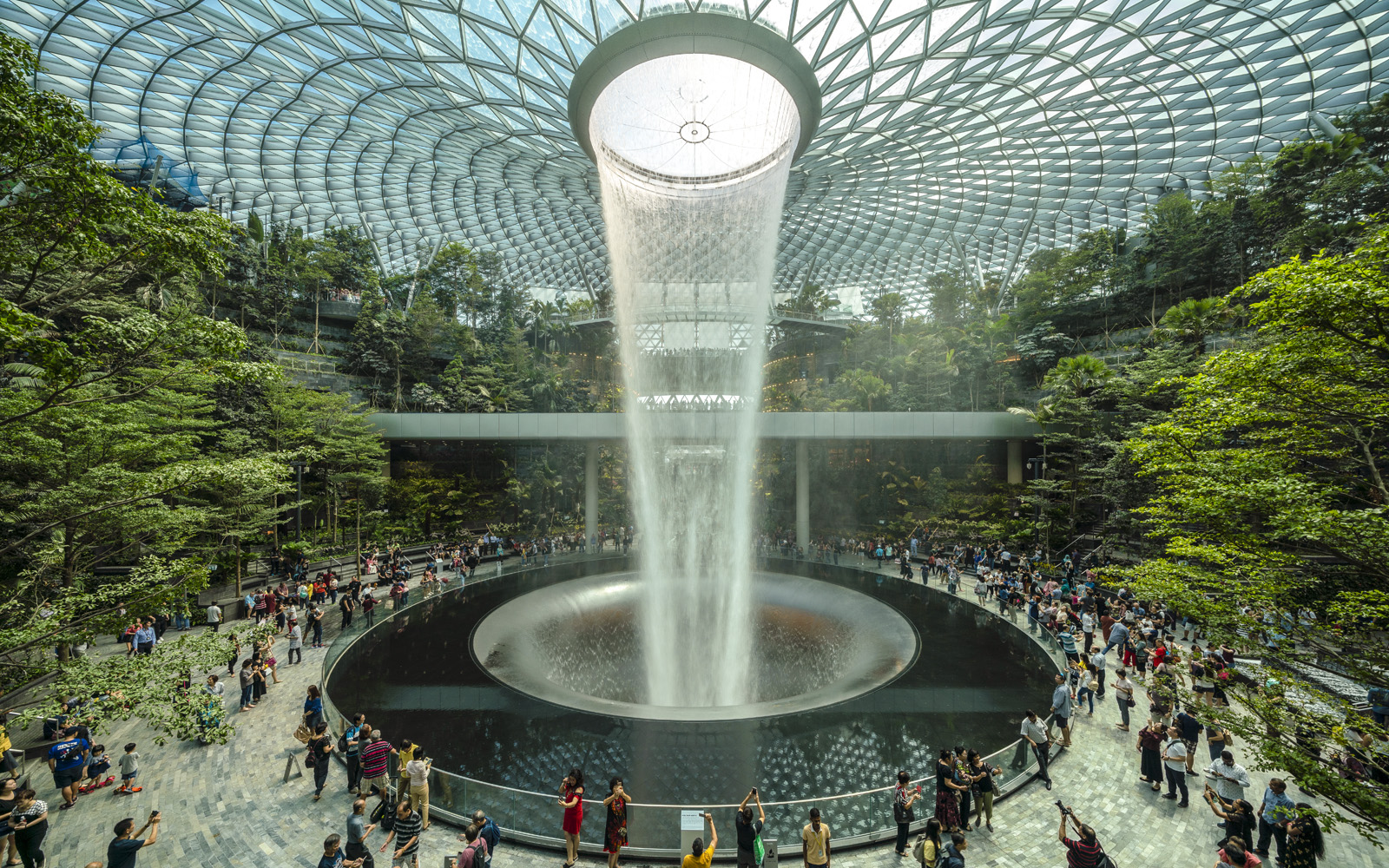 Designed by Moshe Safdie and his team at Safdie Architects, the 1.5 million-square-foot dome offers a typical airport-mall mix of retail, hotel, and dining options. But it also boasts a range of eye-popping amenities designed to lure both travelers and locals.

But what can’t be seen in photos—and what makes this airport even more meaningful to Singaporeans like me—is this: Unlike other airports around the world that exist mainly to channel people to their transportation vessels, Changi Airport has always been a place built for local pleasure as well.

The Jewel is the result of Safdie Architects’ dedicated study of the very Singaporean tradition of hanging out at the airport, and the result is a building that seems to perfectly serve and support this practice.

Safdie Architects…built the Jewel to accommodate the airport’s outsized influence on the lives of locals. “Singaporeans have such an affinity for the airport,” Moshe Safdie says. “I think it probably began with the fact that it was available over long hours, it was accessible by transit, and it was air-conditioned. It’s a tradition that held on.” 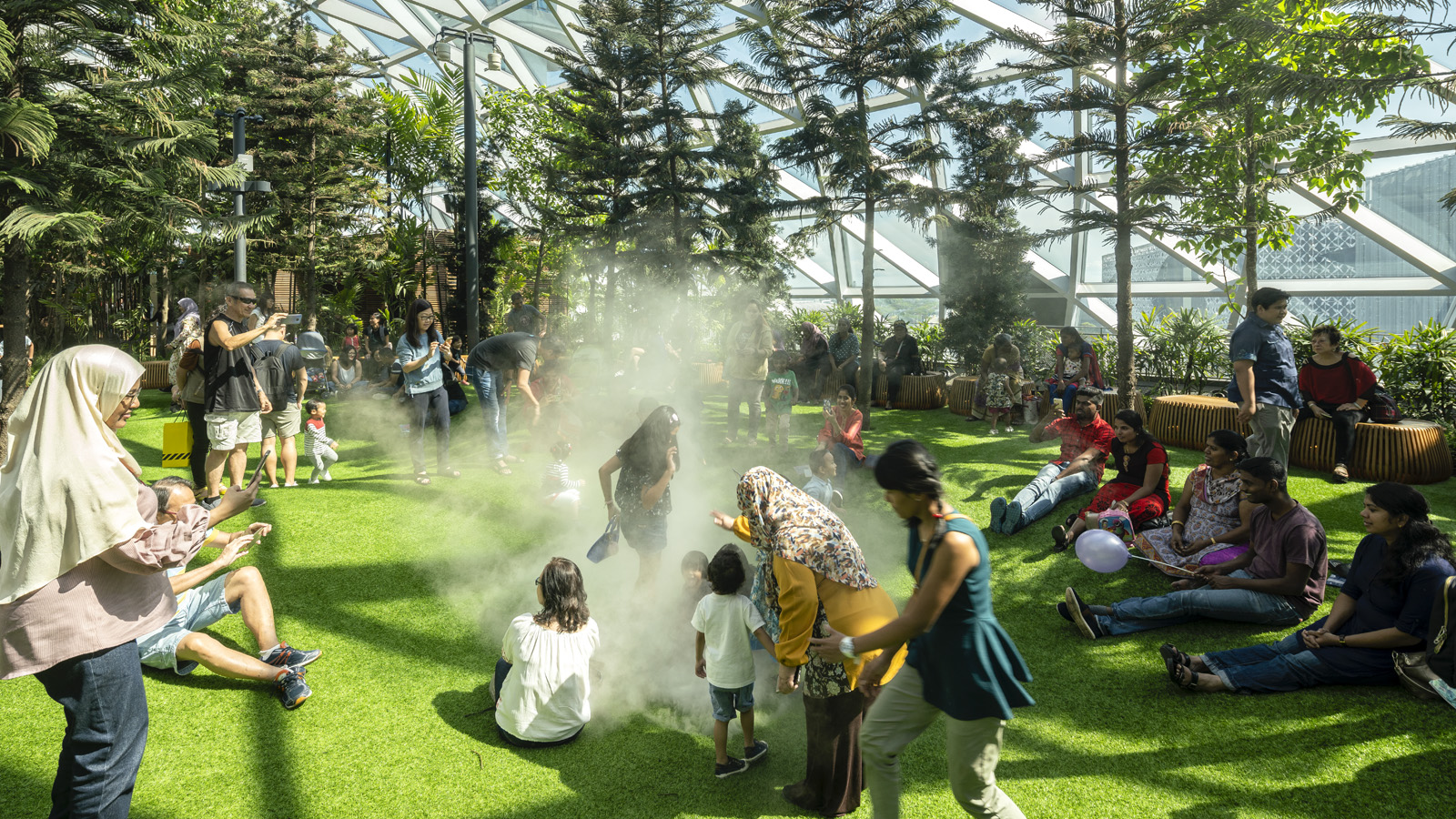 Besides the architectural splendor of the space, there’s another reason why so many people in Changi Airport seem to be enjoying themselves. Unlike U.S. airports, where passengers are funneled through large security screening lines, in Singapore security checks take place at individual boarding gates prior to take off—the short security line only consists of you and the passengers getting on your plane. That also allows passengers to mingle with the general public in the large common areas within the terminals. Add to that the fact that Singapore has relatively lax visa policies, and it’s possible even for fliers with brief layovers to get out of security and see the Jewel.

“The power of the airport is that it is, by design, a meeting place between visitor and citizen. That’s a new idea: that you create something that actually creates a connection between the airline passenger and the residents of Singapore,” Safdie says. 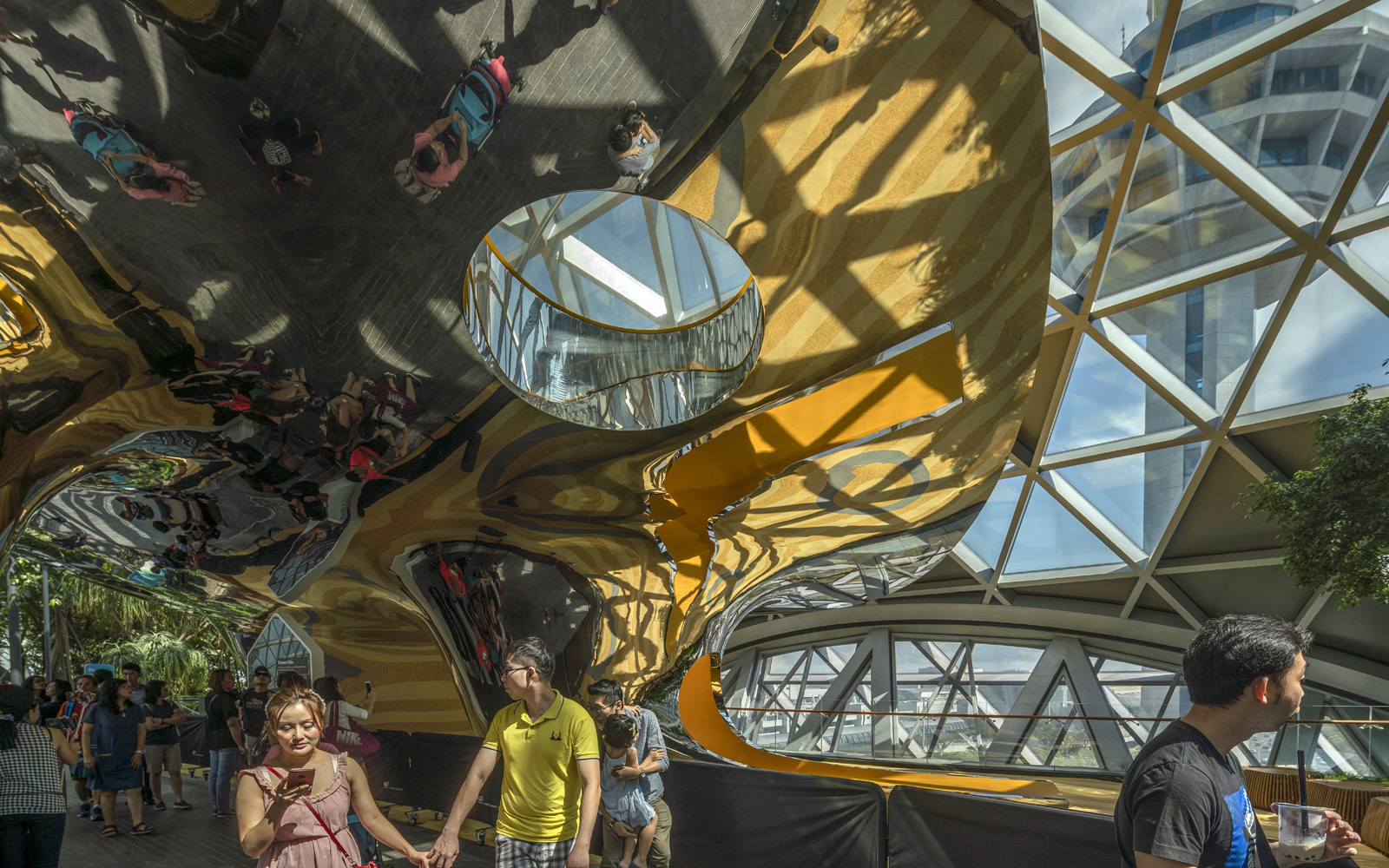 Excerpted from a piece by Keshia Naurana Badalge. Read the complete article on the CityLab site or download it as a pdf below.

All images on this page by Darren Soh. 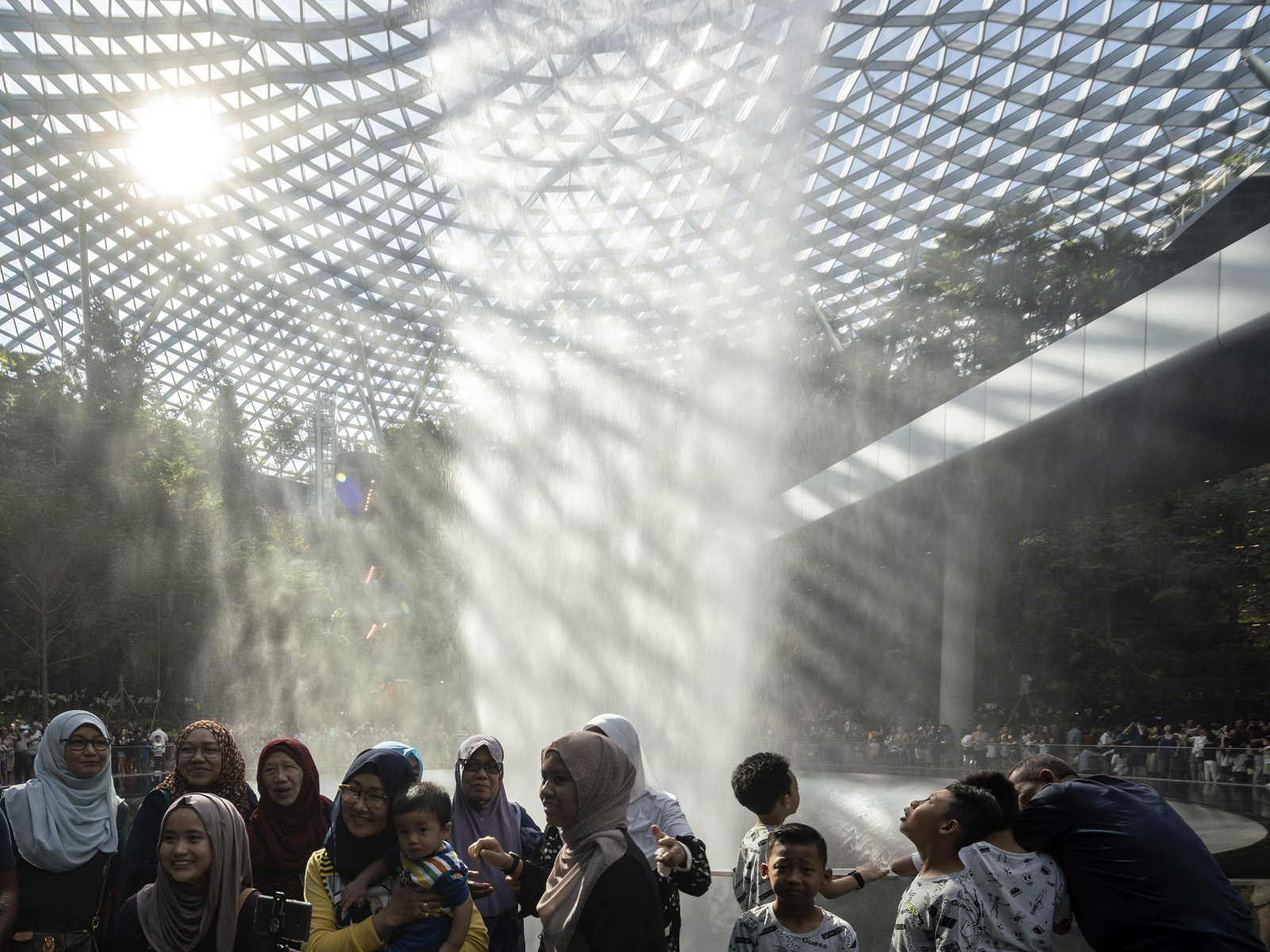