Academic | The Shape of Things to Come

Revisiting Moshe Safdie's 1971 Newsweek article, The Shape of Things to Come, Moshe and Jaron Lubin once again lead a spring option studio for Harvard's Graduate School of Design that probes into the future of the urban environment. The studio explores the role of the architect to help shape the built environment towards solving the challenges of humanity.  In context of proposals for a real  mixed-use high-rise development that aims to transform a key section of downtown Boston’s public waterfront, students will develop transformative concepts of “all-season design” that respond to the dramatically varied annual weather patterns of the city. 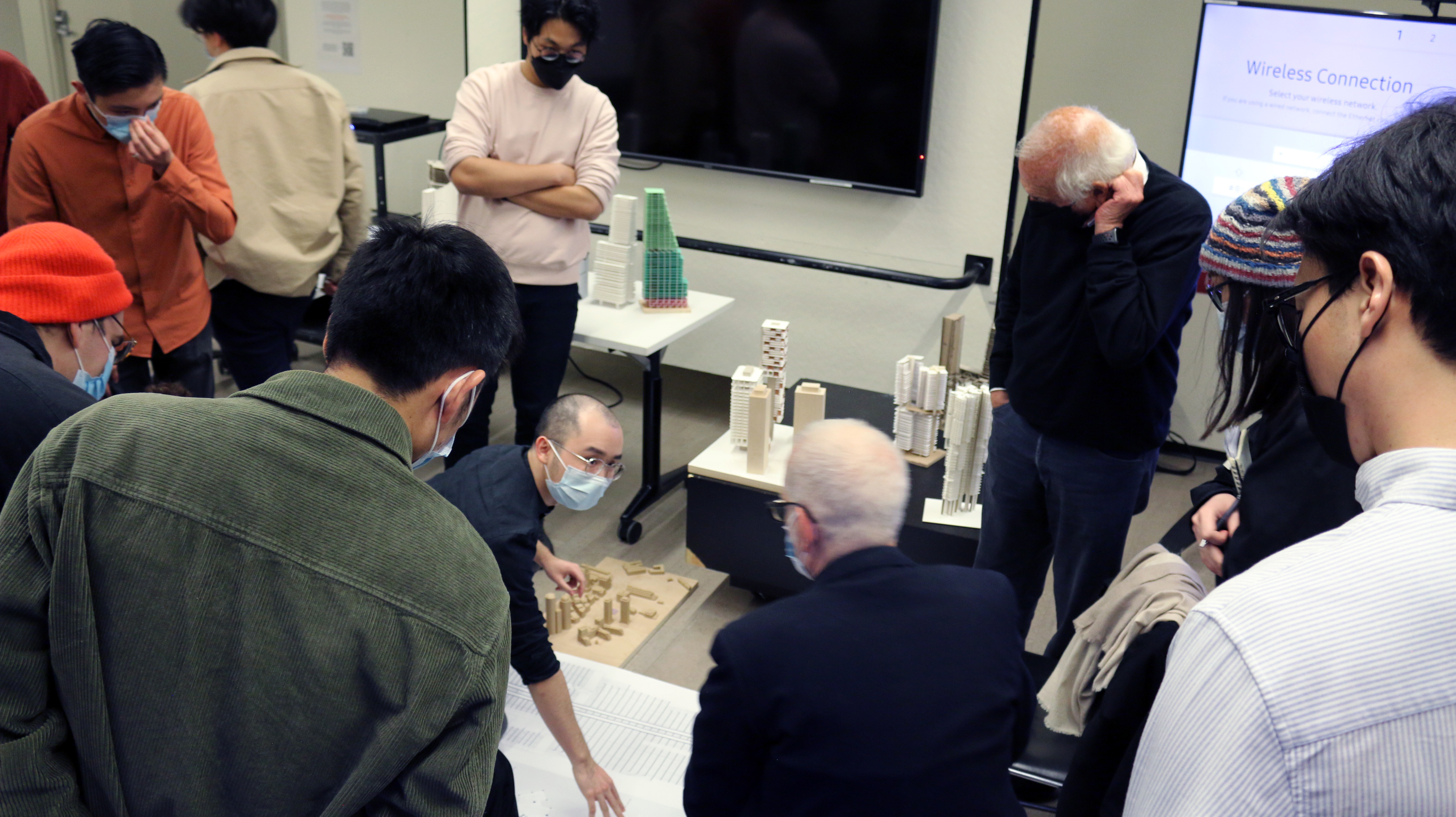 In the 1960s, works by Team 10, Buckminster Fuller, Paul Rudolf and Kenzo Tange (amongst others), re-imagined dense urban centers as hubs of tremendous opportunity and possibility.  Harnessing the full potential of global innovation and intelligence, cities were seen as more than a collection of tall buildings, parks, streets and public spaces; but rather as complex, living breathing three-dimensional organisms that provided a rich backdrop for humanity to thrive within. A common thread amongst the plans was a type of optimistic utopian idealism, a place in which architecture and planning could change people’s lives for the better.   In the Newsweek article dated April 1971, writer Douglas Davis suggested ‘Architecture is now at the very frontier of our consciousness, at once the most practical and visionary of the arts, the shape of things to come.

Excerpt from The Shape of Things to Come, by Moshe Safdie - published a few years later in the 1974 issue of the Saturday Review, “The City in 2024 A.D.”

“... I live in a rather large dwelling; it is on the forty-sixth level in one of the new communities that were constructed along the regional trunk line. My dwelling has a central space, a kind of living-working space, and around it in one direction are private sleeping areas, three or four of them. One of them, where my wife is resting, is presently enclosed; the other two are in an open position, set by pressing a button that moves telescoping partitions and adds to the overall space of the house. On the other side is a greenhouse, garden, and solarium. I enjoy my gardening, and as it is winter now, the garden is enclosed by an adjustable transparent dome. By a slight adjustment, I can cut the light transmission coming in through the dome in proportion to the temperature of the day and the brightness of the sun, and by another adjustment, I can have the telescoping dome unfold to the open sky. The windows in my house are quite different from the ones I had in my younger days; they are like retinas; they project outward so that when you stand within them, you can see at a 180-degree angle. They have a brightness control that can be opened or shut to produce a 10-percent light transmission. (All this is achieved by a thin liquid that is passed under pressure through the cavity between the two transparent panes.) I won’t bore you with a description of the appliances and other conveniences…"

Lecture | Towards a Three-Dimensional Garden City