With a New Exhibition Examining its Origins, Impact, and Legacy

Coinciding with celebrations honoring the 50th anniversary of the 1967 World Exposition in Montreal (EXP0 ’67), the 150th anniversary of Canada, and the 375th anniversary of Montreal, Habitat ‘67 vers l’avenir/ The Shape of Things to Come is an exhibition currently appearing at the Université du Québec à Montréal (UQAM) Centre de Design.

Organized by UQAM’s Centre de Design with curatorial direction from independent curator Donald Albrecht, the exhibition opens with archival images and objects from the project’s origins with conceptual drawings, models, bringing them together with plans for unbuilt iterations of Habitat that Safdie designed soon after for New York, Puerto Rico, and Israel. The exhibition continues with the presentation of “Habitat for the Future,” a series of models and renderings developed by a team of architects involved in a two-year research fellowship working with Moshe Safdie to revisit and reimagine how one might approach building Habitat in current times. Many of the prototypes that emerged from the fellowship have catalyzed creative solutions to today’s increasingly complex building challenges, and are materializing in current global housing and mixed-use projects. The exhibition culminates with models and photographs from several recent projects around the world.

Admission to the exhibition is free, with visiting hours Wednesday through Sunday, between noon and 6 pm.
Support for the exhibition was provided by 375 Montreal. 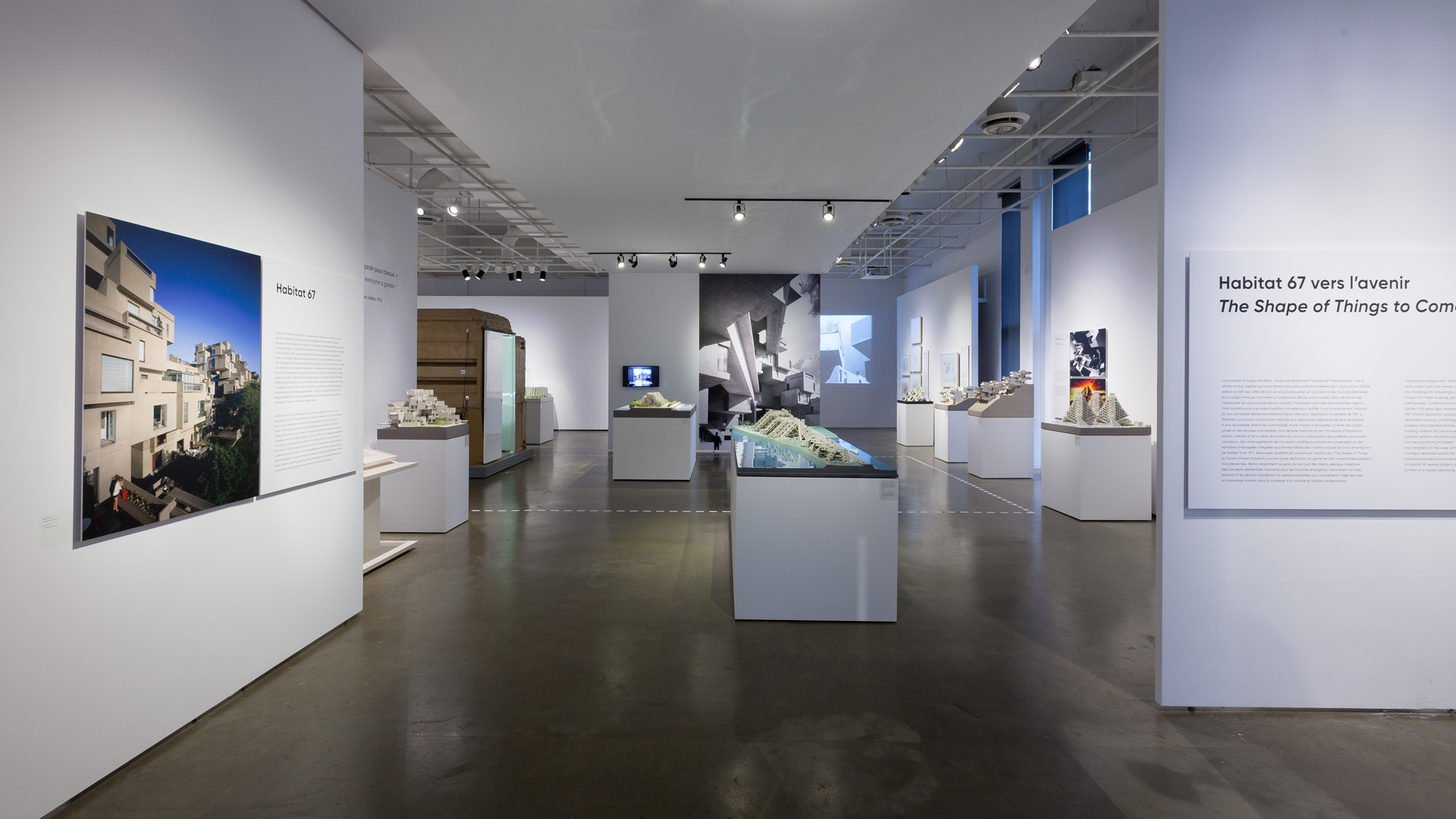