Full article (summarized here) at Monocle or as a pdf download below.

Cartagena, Colombia’s fifth largest city is rapidly growing, igniting the need to accommodate new population. The solution: A privately funded and operated, 971-hectare urban development, Serena del Mar. With a new highway connecting Cartagena to this "catcher's mitt" in the North, Serena del Mar is considered an ambitious endeavor. Daniel Haime, President of Serena del Mar, tells Monocle “What we have here has not been improvised in any way. The sequence of the development and the quality of the infrastructure will make Serena del Mar, I hope, a showpiece of how something like this should be designed and brought to fruition.”

Containing a hospital, university complex, schools, hotels, museums and more, 150,000 to 200,000 people will call this place home. Uniquely, as this development is constructed on private land, it will not be operated and maintained by Cartagena’s city council – rather the company responsible. Construction began five years ago and is strategically being done in phases, allowing for one part to be lived in before another is erected. Safdie Architects’ Serena del Mar Hospital – developed in partnership with John Hopkins University – is nearing completion. Monocle reports: 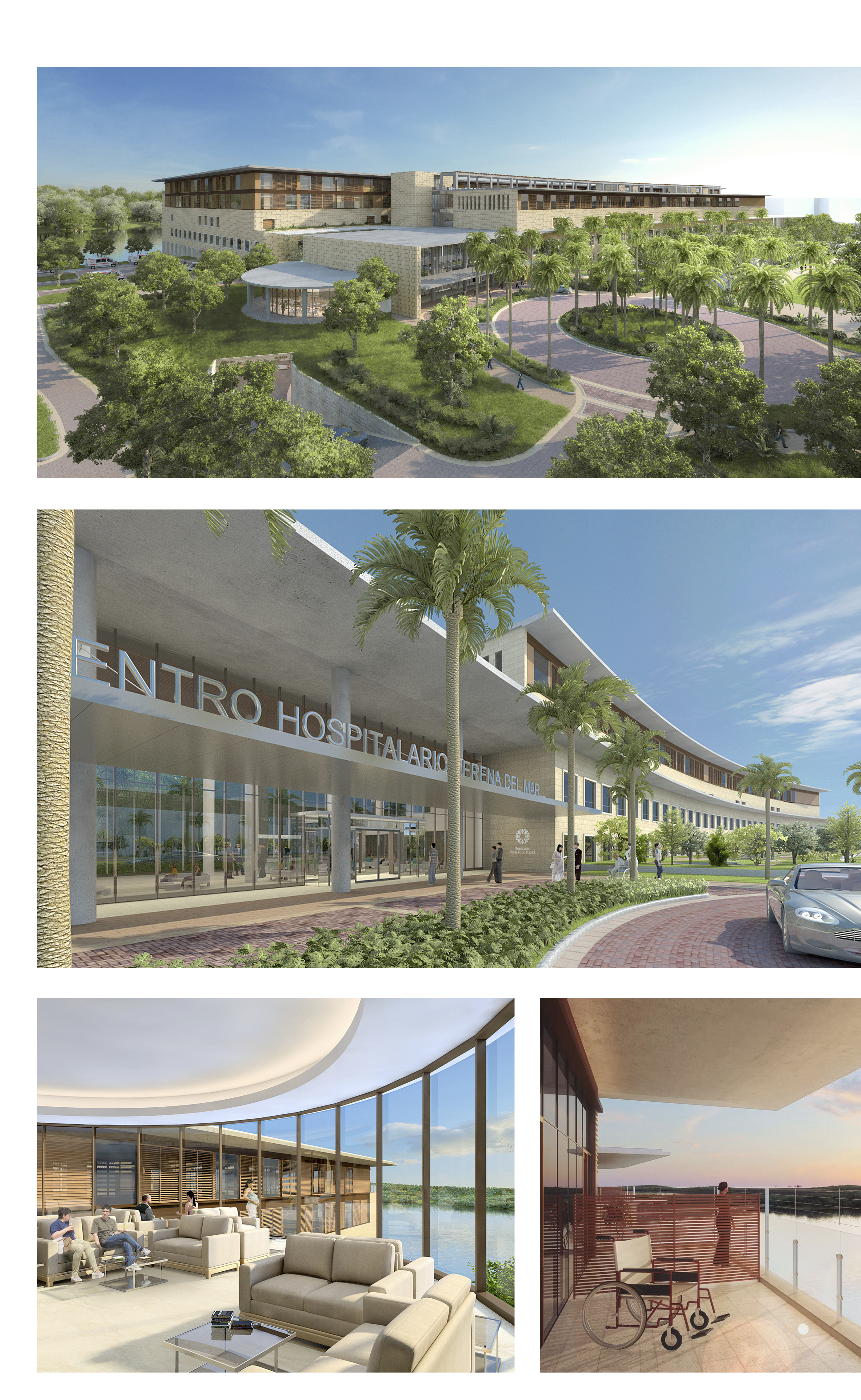 A new state-of-the-art hospital, which will eventually house 409 beds and is designed by the Israeli-Canadian architect Moshe Safdie, began admitting its first patients at the end of last year. Safdie has also designed a portion of the city masterplan; the sense of quality of care; and quality of life, imbued in Safdie’s hospital design (his first to be realized) act as guiding principles to the broader development.

“Daylight and openness to the outside are fundamental to the sense of wellbeing,” says Safdie from his studio in Singapore. “I recognize that that’s setting the bar high because very few hospitals ever achieve that. [In older hospital buildings] you really are in an environment that’s very oppressive. You have no sense of where you are, you have no light.

“So I approached the hospital with two ideas in mind: one, that daylight is key; the other is that gardens, courtyards and water are all already places of healing, in my judgement. That gives the hospital a completely different feeling from any hospital that I know. We were able to do things that are often difficult to achieve.”

In fact, the entire complex of Serena del Mar may be difficult to achieve and, as noted by Haime, without precedent, but the resultant impact and example for years to come is limitless. Optimistic, Haime concludes “We wanted to include subsidized low-income housing, all the way up to the highest cost of living, so that everyone from all walks of life, from all socio-economic levels, can live, work, have a family and retire here. It all sounds somewhat utopian, I know. But I’m confident that we can achieve it.”