Full article at The New York Times or as a pdf download below.
Excerpted from a piece by Karrie Jacobs.

Can buildings be more porous, more open to the vitality of the surrounding city? As with the creation of the great urban parks of the 19th century, designers today are rebalancing the relationship between architecture and nature, with the goal of increasing the quality of life, especially in urban settings.

In this Fall Preview, Karrie Jacobs reviews projects debuting this fall (including our own Raffles City Chongqing) that suggest the hard barriers between the designed environment and the natural one are softening — maybe for good. 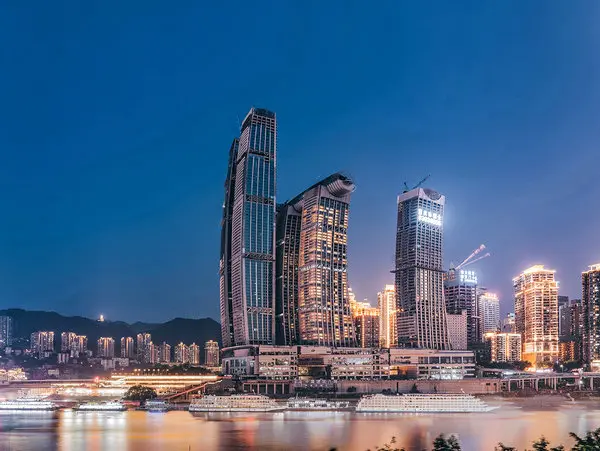 As a student in Montreal, Moshe Safdie concluded that people should live in denser settings and that apartments should have room for gardens. These simple observations drove the asymmetrically stacked concrete modules of his most famous work, Habitat ’67, where each unit has a garden that rests on the roof of an apartment below. And that idea informs the latest developments by Mr. Safdie, 81, in Asia.

Opening in phases starting this fall is Mr. Safdie’s monumental Raffles City Chongqing — a 12 million square foot, mixed use complex, that stands at the confluence of the Yangtze and Jialing Rivers. There, his version of man-made nature sits some 50 stories up, a 984-foot-long glass enclosed tube that the developers have named the Crystal. It contains a sky park for a city where, Mr. Safdie explains, “The climate is very problematic: hot in summer, very polluted, cold in winter.“ Inside, all year round, are trees, gardens, and swimming pools for hotel guests, as well as a public observatory. Mr. Safdie noted that people are hungry “to be with nature in the city in any form they can get it.”

The preview includes a range of domestic projects, from Dock 72 in Brooklyn, New York, designed by S9 Architecture to the Inter-Tidal Pool at Roberto Clemente State Park in the Bronx, New York, by Mathews Nielsen, as well as international work such as the Powerhouse at Brattøkaia in Trondheim, Norway, by Snohetta, and the Bauhaus Museum in Dessau, Germany, by Addenda Architects.

Excerpted from a piece by Karrie Jacobs.
Read the complete article on The New York Times site or download it as a pdf below.