An essay by Moshe Safdie

An essay by Moshe Safdie, excerpted from Safdie Monograph, 2014

...An architect in the age of complexity is a fundamentally different professional from the 19th-century master builder. The master builder conceived, detailed, and oversaw construction, assisted by skilled and knowledgeable craftsmen. Today, several specialists focus on construction, detailing, building codes, lighting, and more, all orchestrated by the architect. As a composer-conductor, the architect depends on the skills of others, bringing out the best in them, directing the focus of their efforts, not unlike the conductor who brings out the art of the many performers in an orchestra. The metaphor can be extended. The composer-conductor sets the score and guides it through its performance; each instrumentalist, singer, or choir member contributes to the success of the whole performance, which is highly dependent on direction and inspiration.

...No single individual can command all the knowledge required, and only the most open and receptive composer-conductor, inquisitive and questioning, can navigate the myriad inputs that become part of the architectural creation process.

"Beauty as we conceive it in observing nature is an outcome, not a quality that is consciously sought out; our own consciousness recognizes its presence."

...Architecture—from basic shelter to sophisticated buildings for culture, the celebration of memory, worship, and the ritual of public life—extends through levels of complexity and emotional charge. To that extent, the human-made environment cannot be fully understood in the restricted physiological criteria of adaptation. There is a vast component of psychological and spiritual charge, one that we recognize in the role of music in our lives, in the deep desire to decorate and embellish, and in the ritual of celebrations and festivals. Music may have its origin in communication in pre-language societies, and it has its equivalent in the sounds and communications of the animal world, but music as it has evolved in human experience is capable of bringing out the deepest emotional responses, of touching our soul. Architecture must at times rise to that occasion. Architecture accomplishes its highest calling when reaching for the sublime.

"Architects face an eternal balancing act between preconceived ideas and the specificity of each architectural work and its context."

In the final analysis, a design is the combination of suitability to place and site, inherent buildability, and the satisfaction of several recurring themes that contribute to humanizing megascale urban development—we could call these themes obsessions. These form the tools for the new urban methodology that I propose—a new typology to supplant the outmoded and unsuccessful model of tall towers atop podiums, and the windswept, lifeless caverns that form in between.

Leading the list is the obsession with daylight: daylight as a source of life and well-being; daylight in working spaces and living spaces; daylight in every place of public activity that can tolerate it; daylight in malls and lobbies; daylight that is not selective, in each and every working space in an institution or office building. With daylight comes a consideration for views, openness, and a connection with the outdoors and nature. 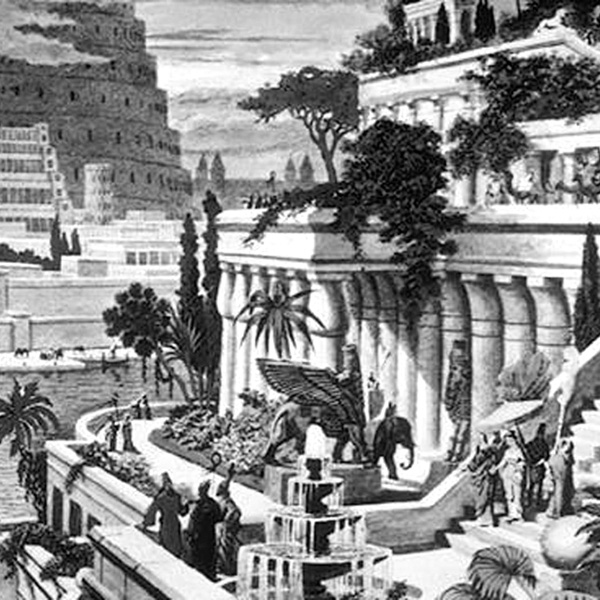 A useful metaphor for many projects becomes “the garden”: the Garden of Eden, the Hanging Gardens of Babylon, the landscape of agriculture gardens on roofs and terraces, and gardens in Mother Earth. With this comes the idea of integration of architecture and plant life— plant life as an extension of architecture, the opportunities for its growth and sustenance conceived as part of the building systems.

From Habitat’s terraces and flying streets, and subsequent housing projects, to the SkyPark of Marina Bay Sands, to the courtyards of the Hebrew Union College in Jerusalem or the Skirball Cultural Center in Los Angeles, the Biblical Garden of Ben Gurion International Airport, the rooftop reading garden of the Salt Lake City Public Library, or the public roof park on the podium of Chongqing Chaotianmen in China: in each case the strategy is to create gardens appropriate to their place and circumstance.

Another central theme is extending the ground toward to the upper reaches of a structure. Stairs, climbable buildings, buildings that attempt to connect metaphorical earth and heavens, are inspired by the mythic Tower of Babel, by the terraced gardens of Ancient Egypt, or by the climbable hill towns of Asia and the Mediterranean. This revelation of Jacob’s dream of the Ladder, reaching from earth to sky, takes on many forms.

We all experienced playing with building blocks, the traditional wood blocks and the contemporary Legos; for some, the game never ends. The notion of prefabrication led me to consider the three-dimensional block, the box with its many variations, as a repetitive, assemble-able building unit. In this conception, a building becomes a system, a composition, rather than a finite building with a beginning and an end.

The building block obsession seems natural to pre-fabricated housing, but in my case it was extended to such projects such as Yeshiva Porat Yosef, The San Francisco State College, and even the crystalline additive geometry of the National Gallery of Canada. The standard repeated 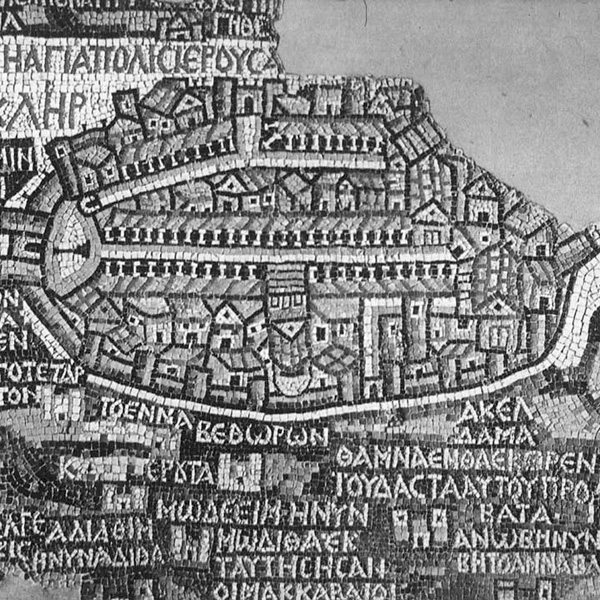 module of housing gave way to elements that could be combined into many permutations to result in smaller and larger spaces, moving beyond the repetitive cells of domestic living units.

With larger, more complex structures—airports, libraries, and taller buildings—repetitive assemblages reached their natural limits. In their place, I began exploring the idea of overall generating geometries, geometries that embodied within them the organization of the building’s structural and spatial systems, which could interface with the specificity of site and plan so as to generate a rich array of forms. These were first investigated in Exploration Place, in Wichita, and then developed further in such projects as the Kaufmann Center for the Performing Arts, the Khalsa Heritage Center, and the National Art Museum of China. What fascinated me is that these generating geometries were able to not only affect structure, but to order the modulation of light and the building envelope.

The Cardo Maximus: The Ritual of Public Life

Think of the Grand Bernini Colonnade at the Vatican, the remnants of the Cardo Maximus of Roman cities, the grand colonnade of the rhythmic repetitive monumental spine of urban life. In the concept of the Cardo I see a direct analogy to the connection between the vertebrae of the animal world, the spines from which limbs, organs, nervous system, and brain command are organized. In the world of urban design, the Cardo acts as the spinal vertebrae of institutions, districts, and cities. This theme reoccurs in many forms in my work: in the city of Modi’in as the valley’s parkways, at the Lester B. Pearson International Airport, at the grand crossing ramps of Ben Gurion International Airport, and similarly at Marina Bay Sands. It is what gives clarity and a sense of orientation to a complex place. But beyond orientation, the Cardo Maximus celebrates the public realm. It is the stuff of bazaars and souks, gallerias and boulevards, without which chaos prevails.

"Rather than appear as an intrusion onto nature, architecture will be as a continuous extension of nature’s green."

Read the complete essay in the PDF below.