Live Discussion with Sam Lubell in The Great Hall

The event celebrated the debut of Safdie’s memoir, If Walls Could Speak: My Life in Architecture. Architect Moshe Safdie was joined by Sam Lubell, executive editor of Metropolis Magazine, for a conversation that charts Safdie’s over 50-year-career and his vision for the role architecture can and should play in society at large. 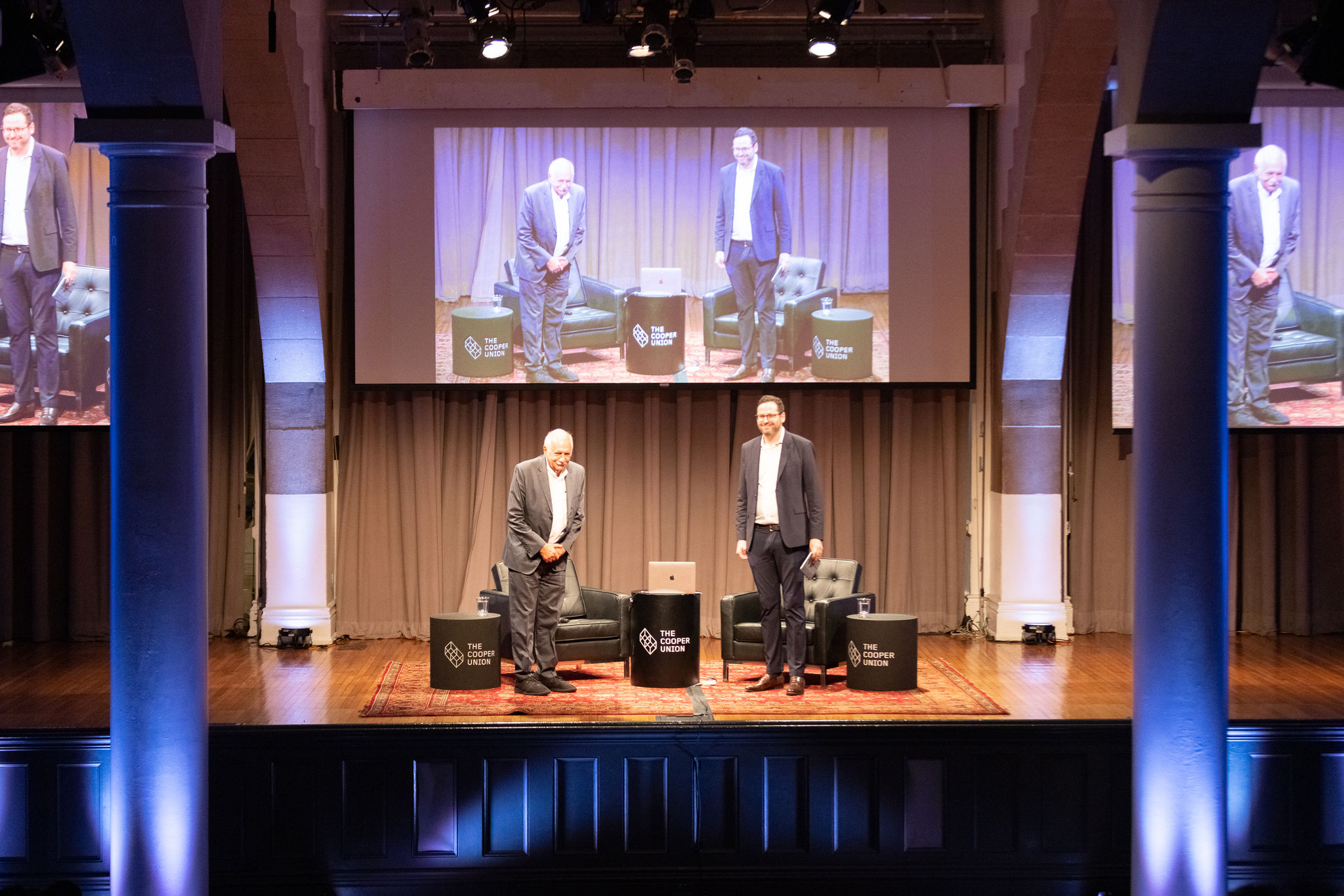 In conversation with Mr. Lubell, Mr. Safdie looked back in his career. Having built numerous memorable structures across various continents, Mr. Safdie shared his lesson on what makes a building successful:

“If you really want a sense about a building’s success and significance, you have to visit 25-30 years later. You see how it’s survived the physics, the environment. You see the tension and friction of how people used it and how it’s fairing out, and whether it still feels fresh in terms of relevance or it feels out of style or dated.”

Additionally, Mr. Safdie stated that he is against the proliferation of “big words” being used or new terminologies being coined in the architectural forum. He urged students to approach clear thinking by using plain words to explain ideas – in the manner that his professional memoir was written.

To read more about Moshe Safdie’s professional life, the memoir is now available in Amazon US, Barnes & Noble, Harvard Book Store or at your local bookstore.

A citizen of the US, Canada and Israel, Moshe Safdie is acclaimed as one of the greatest and most innovative architects of the past half century. In 2019 he was awarded the prestigious Wolf Prize—considered along with the Nobel Prize as one of the most important prizes bestowed on an individual—for having “a career motivated by the social concerns of architecture and formal experimentation.” Safdie is primarily based in Cambridge, MA, not far from his firm’s studio in Somerville and the Harvard Graduate School of Design, where he currently teaches.

Sam Lubell is the Executive Editor of Metropolis Magazine. He has written more than ten books about architecture for Phaidon, Rizzoli, The Monacelli Press, Metropolis Books, and Oro Editions. He has written for The New York Times, The Los Angeles Times, Architectural Digest, Wallpaper, and other publications. Lubell co-curated the exhibitions at the Queens Museum, the A+D Architecture and Design Museum, and more. He has taught as an adjunct professor at Syracuse University School of Architecture and Columbia University GSAPP.

Article | With Intention to Build

Book | With Intention to Build: The Unrealized Concepts, Ideas, and Dreams of Moshe Safdie

The story of Jewel