On November 11, 2022, University of Haifa conferred honorary degree on Moshe Safdie for his transformative ideas that inspired many generations of architects and urban planners, and for his contribution to numerous Israeli institutional buildings and city plans. Receiving the honorary degree together was the radical Serbian conceptual and performance artist Marina Abramović.

"It is difficult to imagine the Israeli landscape today without Moshe Safdie's remarkable designs. We continue to be inspired by Moshe's carefully planned structures that focus on the needs of the community and society,"

“I’m deeply honored and deeply moved by this honor by University of Haifa; not only because Haifa is the city of my birth but because I have, for a long time, been an admirer and completely identified with the mission the mission of the University – its diversity, it’s creating opportunities for people of this land. I also wish the university great success in establishing a School of Architecture, which will be a wonderful addition to the city.” 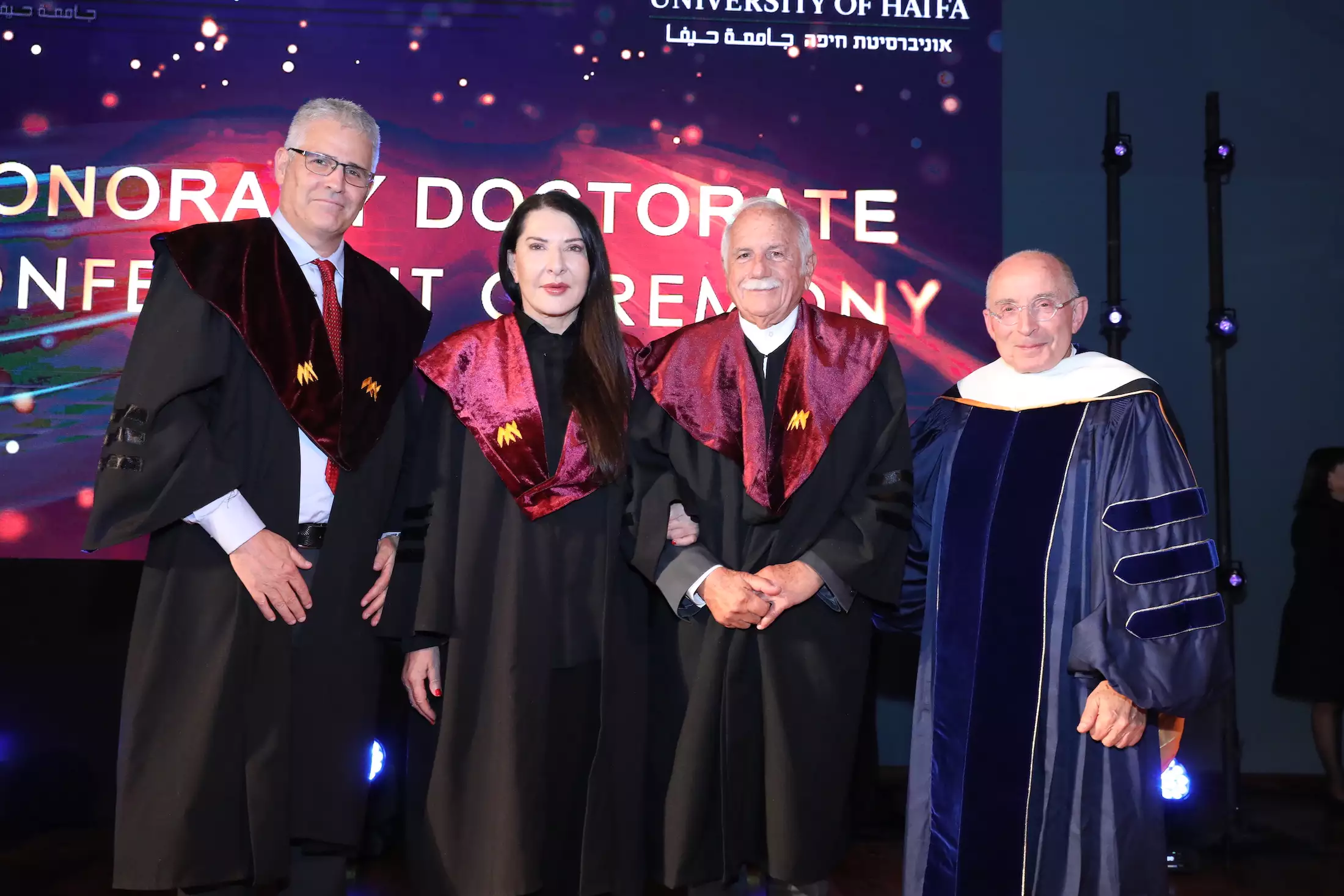 Moshe Safdie was presented with an honorary degree along with Serbian conceptual and performance artist Marina Abramović.  Photo credit: University of Haifa

Celebrating a career spanning over 50 years