The Israeli Pavilion at the Venice Biennale, curated by Ifat Finkelman, Deborah Pinto Fdeda, Oren Sagiv, and Tania Coen-Uzzielli, re-examines five holy sites in Israel through its architectural proposals. Moshe Safdie’s original proposal for the Western Wall (1972-1974) is presented in a new context, with 3D printed models and a live-stream of the Western Wall precinct. In addition to the Western Wall Plaza, Jerusalem, the other sites include the Church of the Holy Sepulcher, Jerusalem; the Mughrabi Ascent, Jerusalem; the Cave of the Patriarchs, Hebron/Al-Khalil; and Rachel’s Tomb, Bethlehem.

“Usually these subjects are treated only in a geopolitical, historical or religious context, and no one ever refers to them in the architectural context,” said Tania Coen-Uzzielli, one of the pavilion’s four curators. “What we are trying to do here is to understand these places through the lens of architecture — how the space is giving a response to conflict and how the space is making a dialogue, how it is negotiated and what the relationship is between the architecture of the holy place itself, the landscape and the influence that is working between those two things.” Source: Al-Monitor: Israeli architects dissect flashpoint structures in Venice.

The 16th International Architecture Exhibition runs from May 26 to November 25, 2018 in the Giardini and Arsenale venues, and in other locations in Venice. The Israeli Pavilion exhibition is titled, “In Statu Quo: Structures of Negotiation.”

Read the full article on Haaretz's site or download the pdf below. 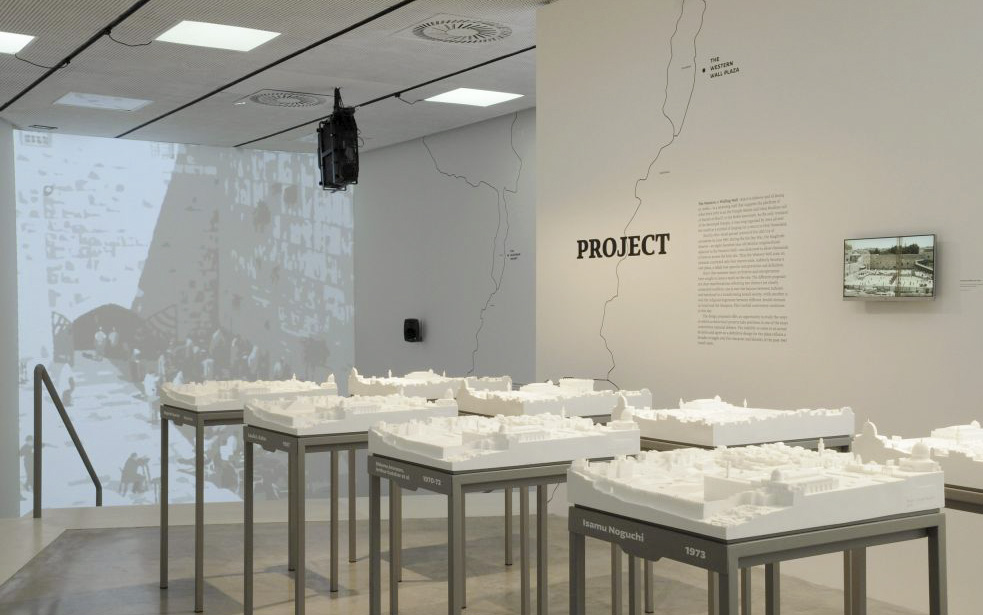 Hosted by the European Cultural Centre at Palazzo Bembo, Venice