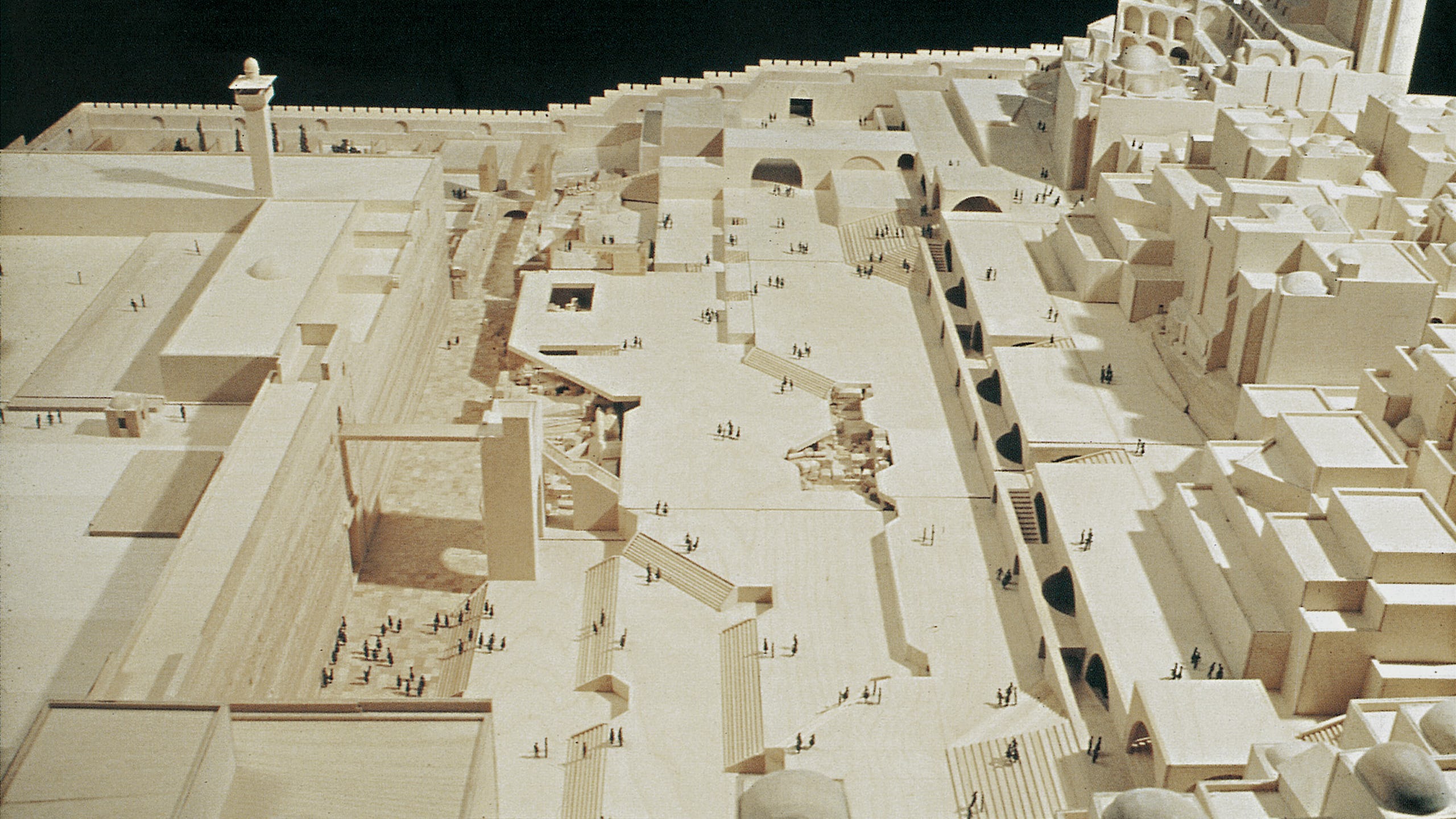 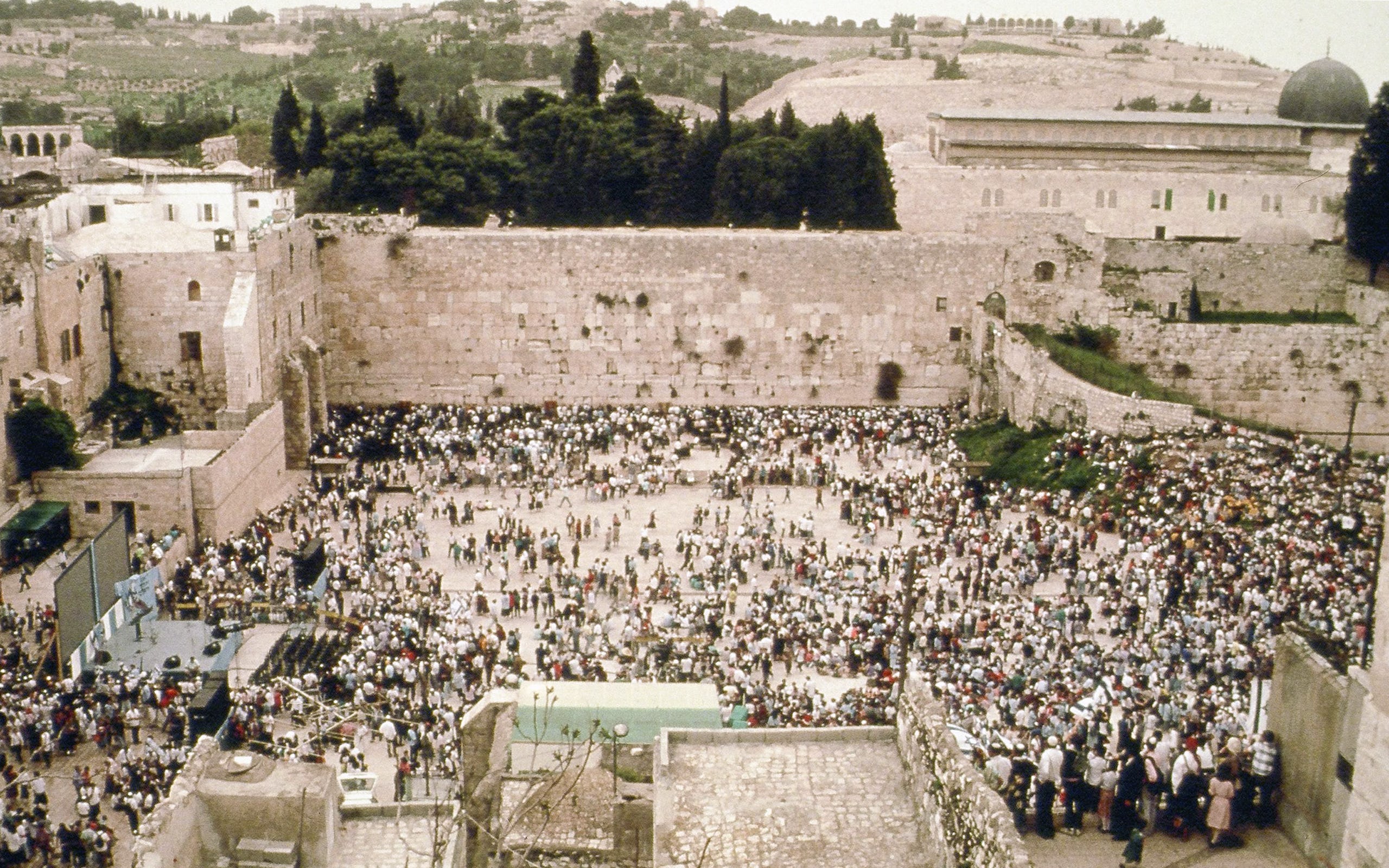 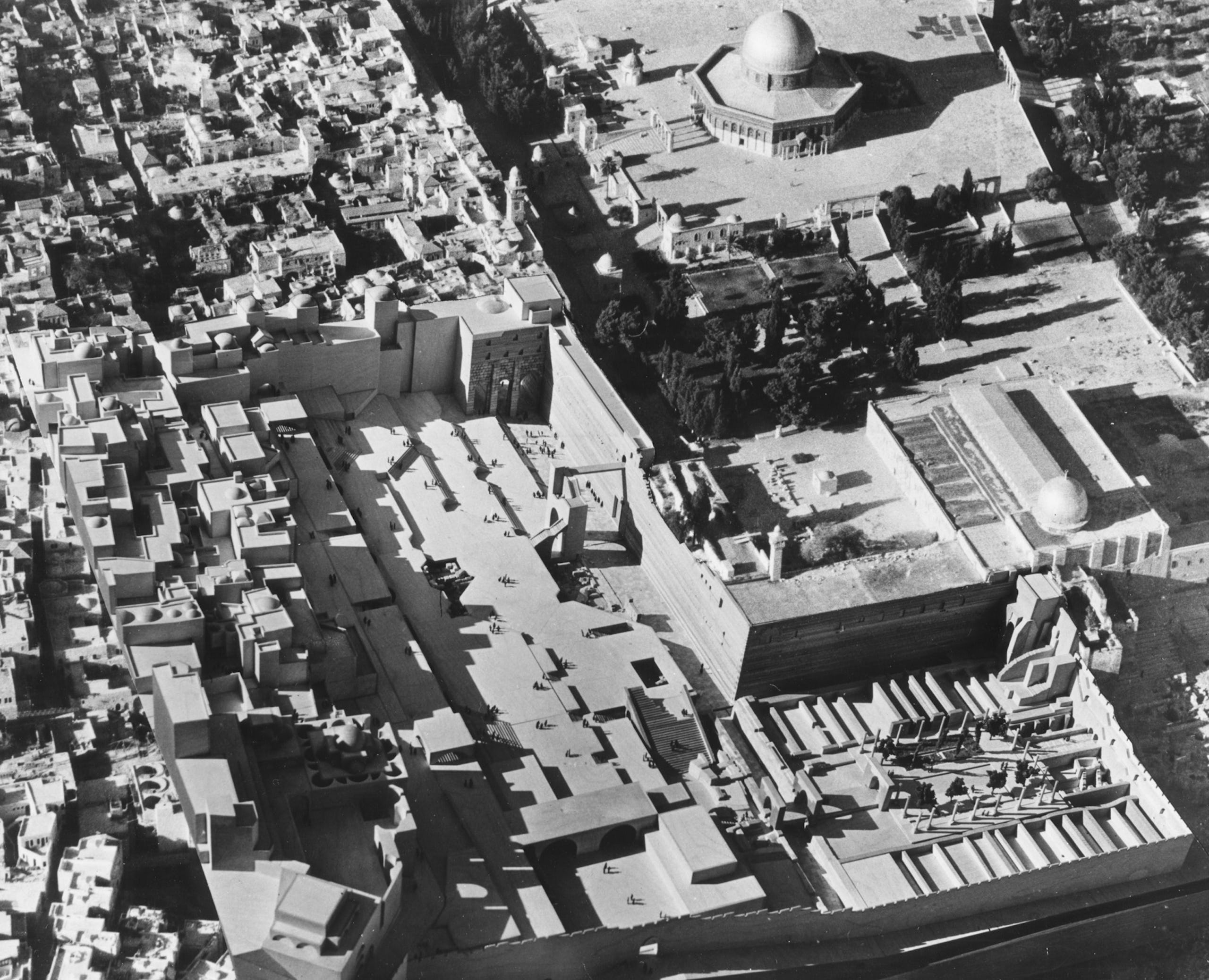 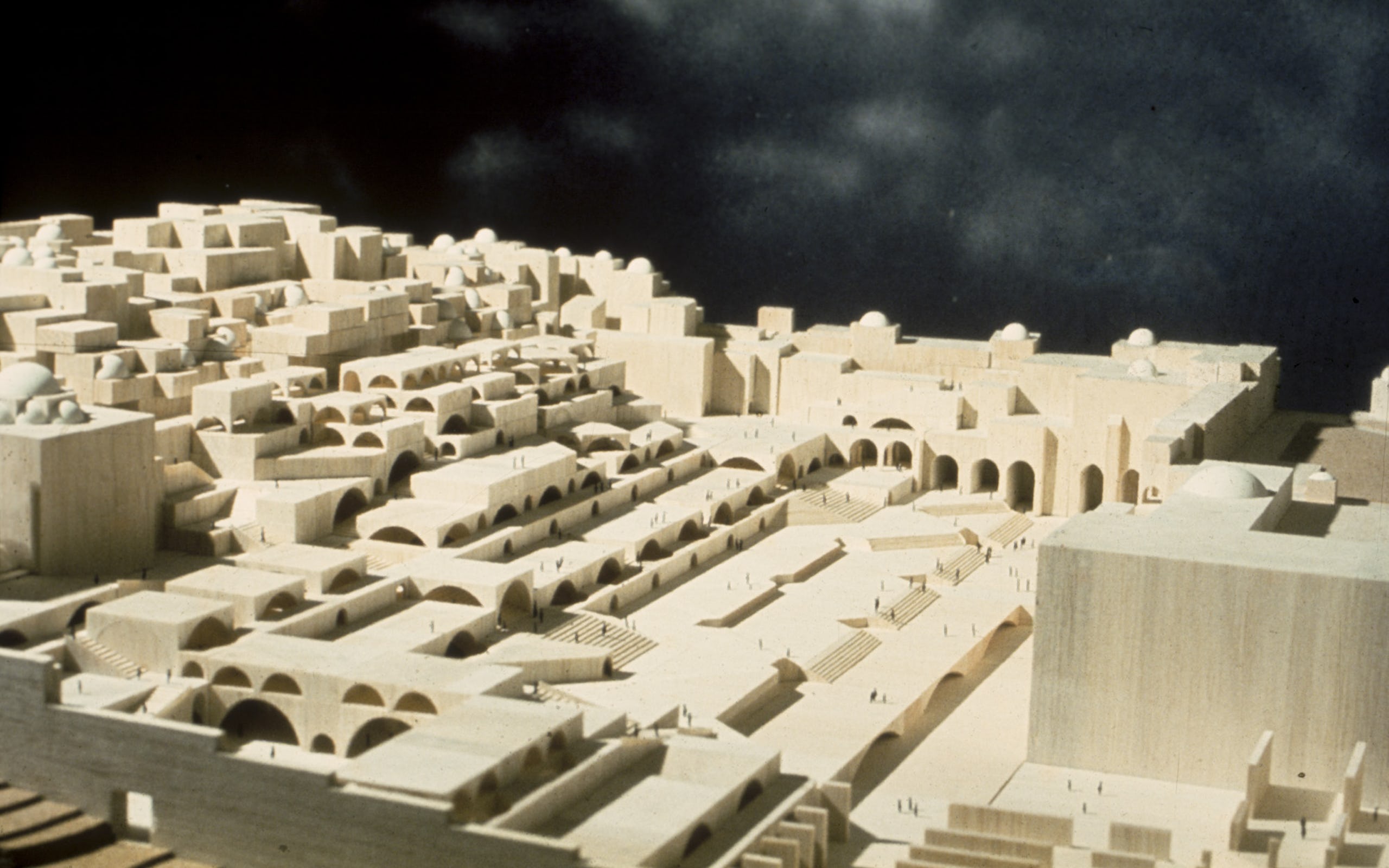 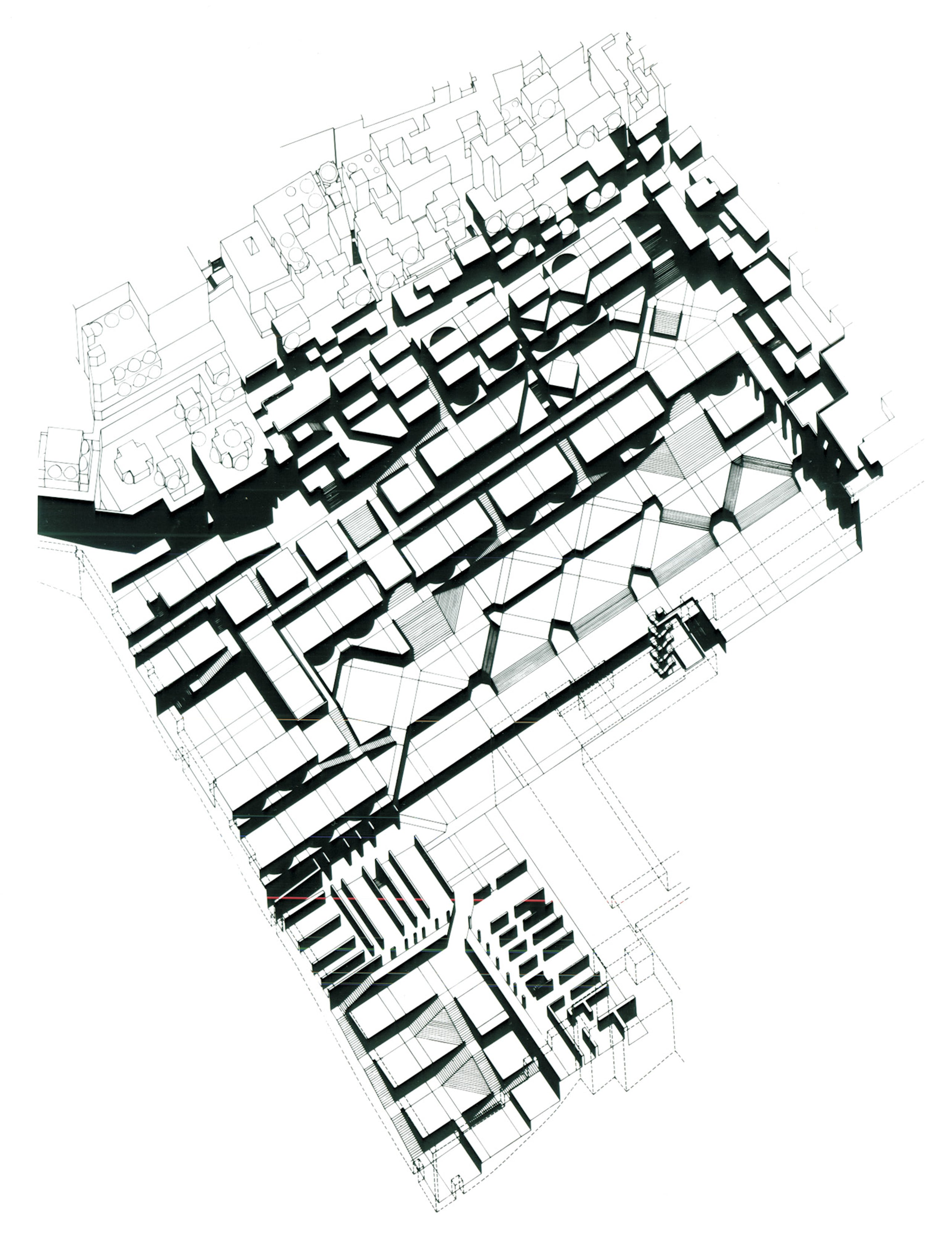 The unrealized plan for the Western Wall Precinct proposes a dramatic excavation which would transform the present unplanned state of the area around the Wall into a series of public piazzas, archaeological gardens, and public institutions.

The Western Wall, one of the holiest sites in Jerusalem, is the remnant of the second temple, built by Herod and destroyed by Titus in 70 A.D. The large plaza in front of the Wall was formed in 1967, when residential structures were removed to accommodate the many pilgrims who pray and celebrate daily at the Wall. This plan was commissioned in 1974 by the city of Jerusalem and the Corporations for the Reconstruction of the Jewish Quarter.

The proposal is anchored by the intention to excavate the praying area down to its original Herodian street level, which is 9 meters below the present terrain. The new topography would create space for a series of terraced public squares, rising upward from the large gathering places near the Wall to the small scale residential structures of the Jewish Quarter to the west. To the south, the archaeological ruins of an Umayyad palace would be partially restored, and a segment of the Temple’s grand stair would be reconstructed.

The plan proposes to separate the sacred and secular traffic by establishing an arcaded street running parallel to the Wall, connecting Dung Gate to the city markets. The new plazas would be connected through a series of grand stairs descending from the upper city, improving access to the Wall precinct from the surrounding areas.