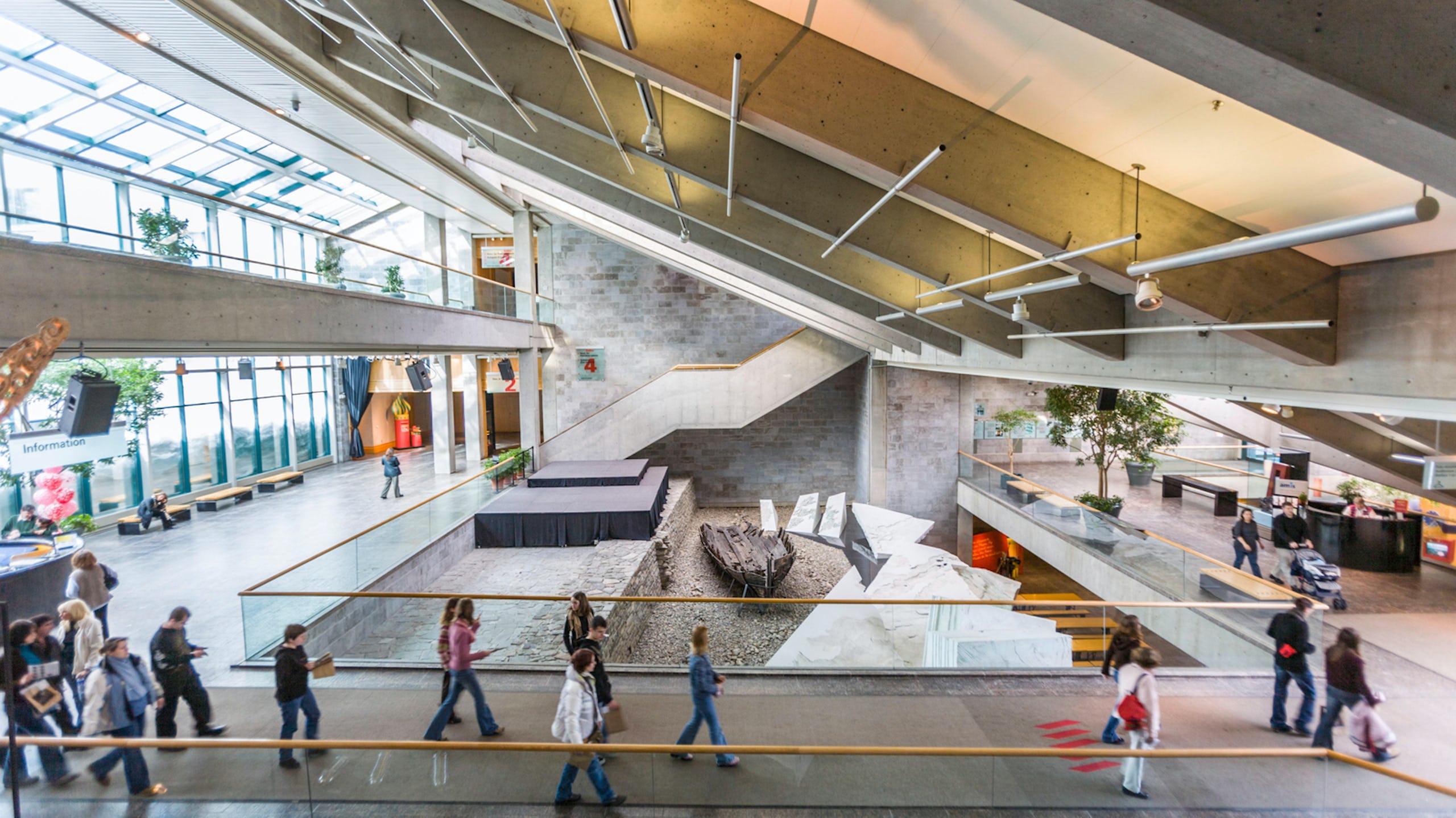 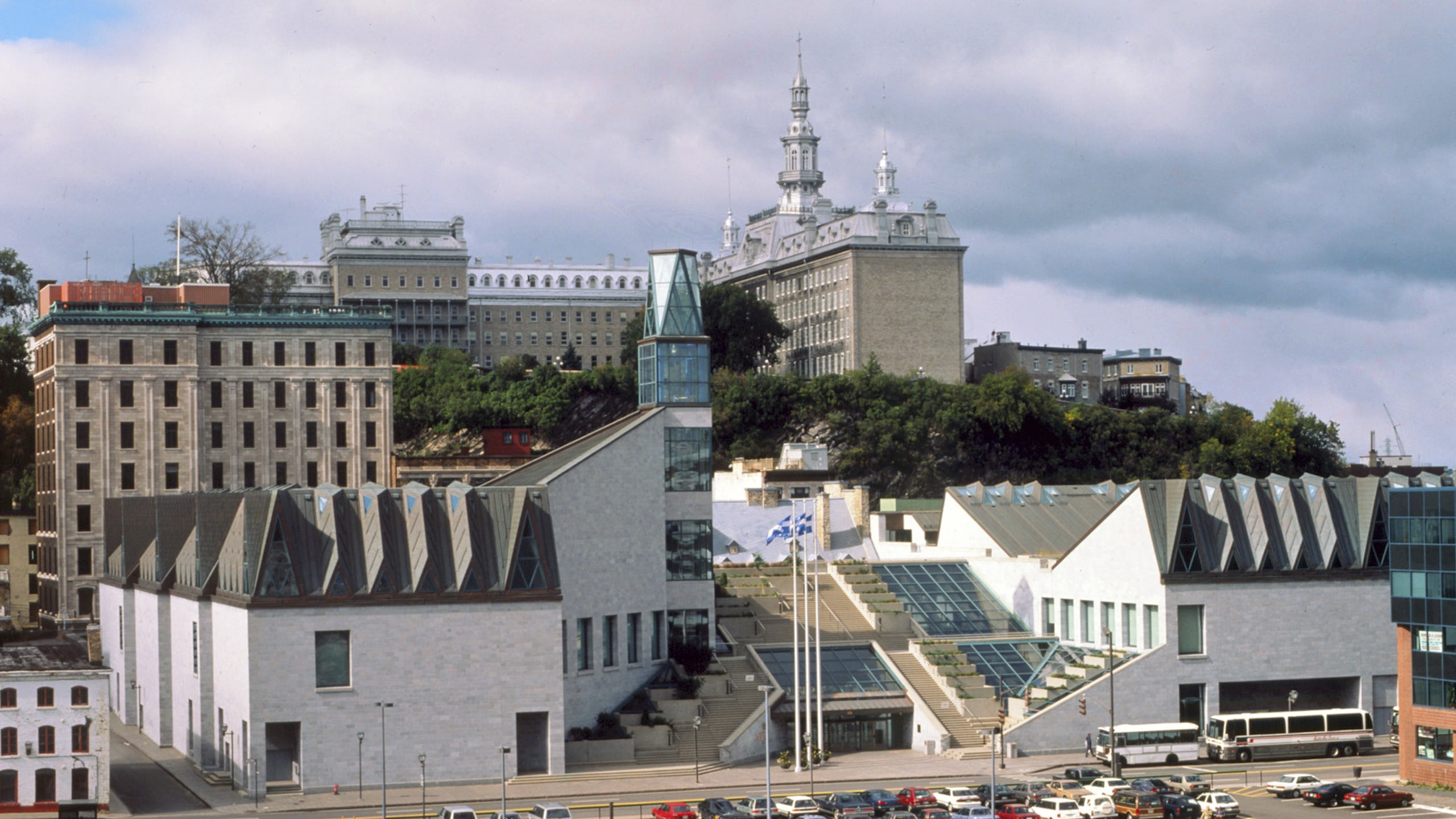 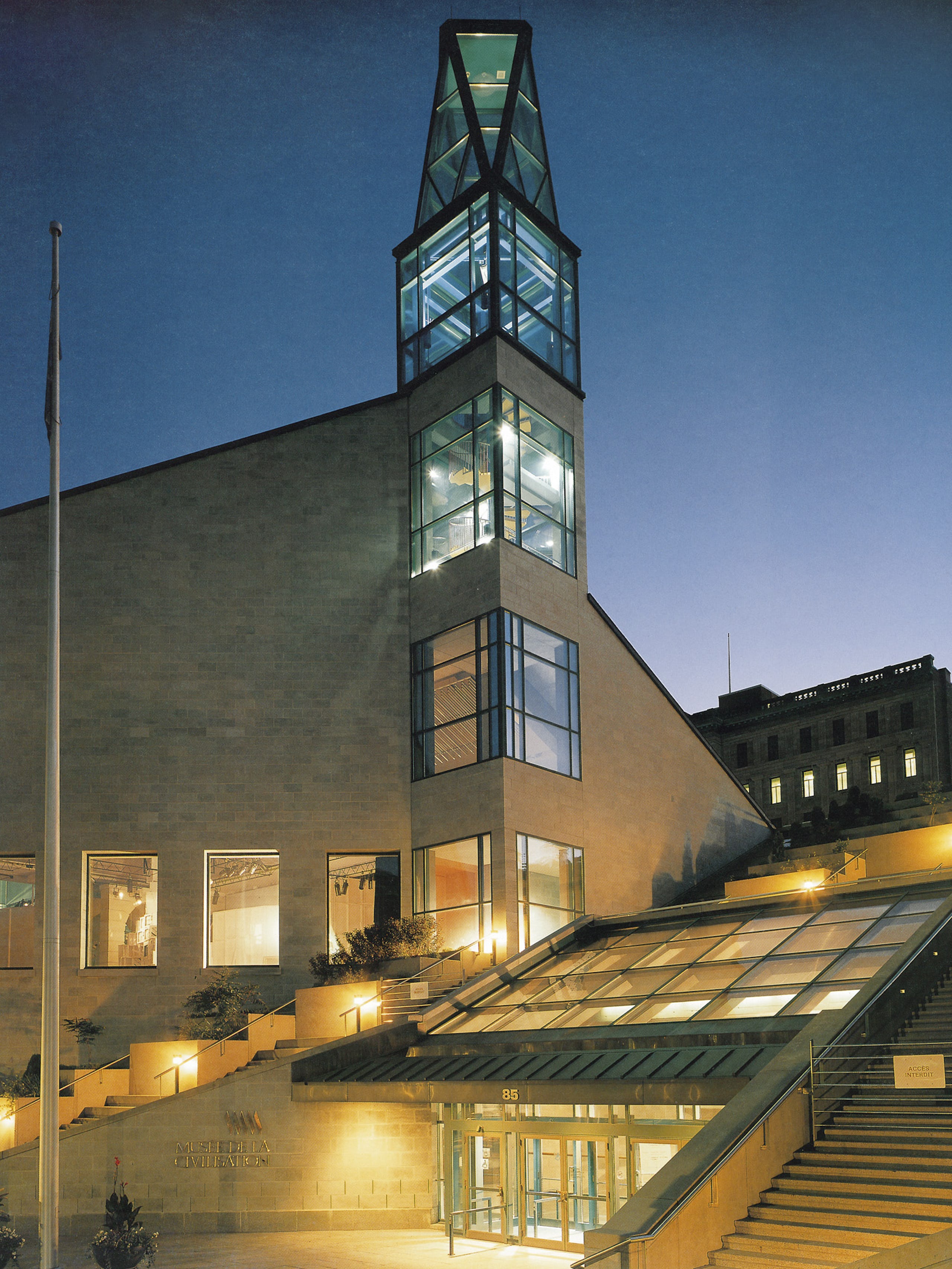 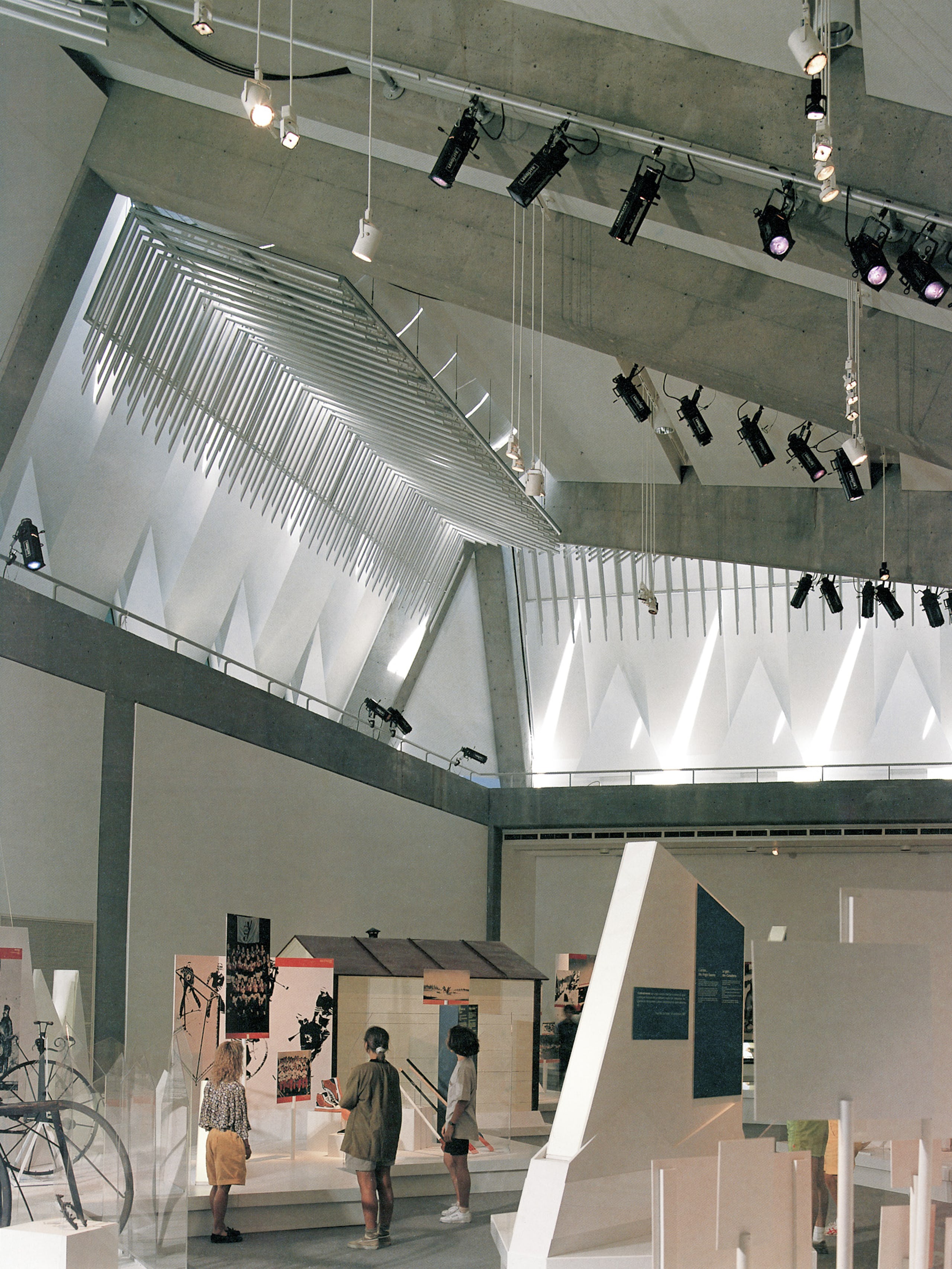 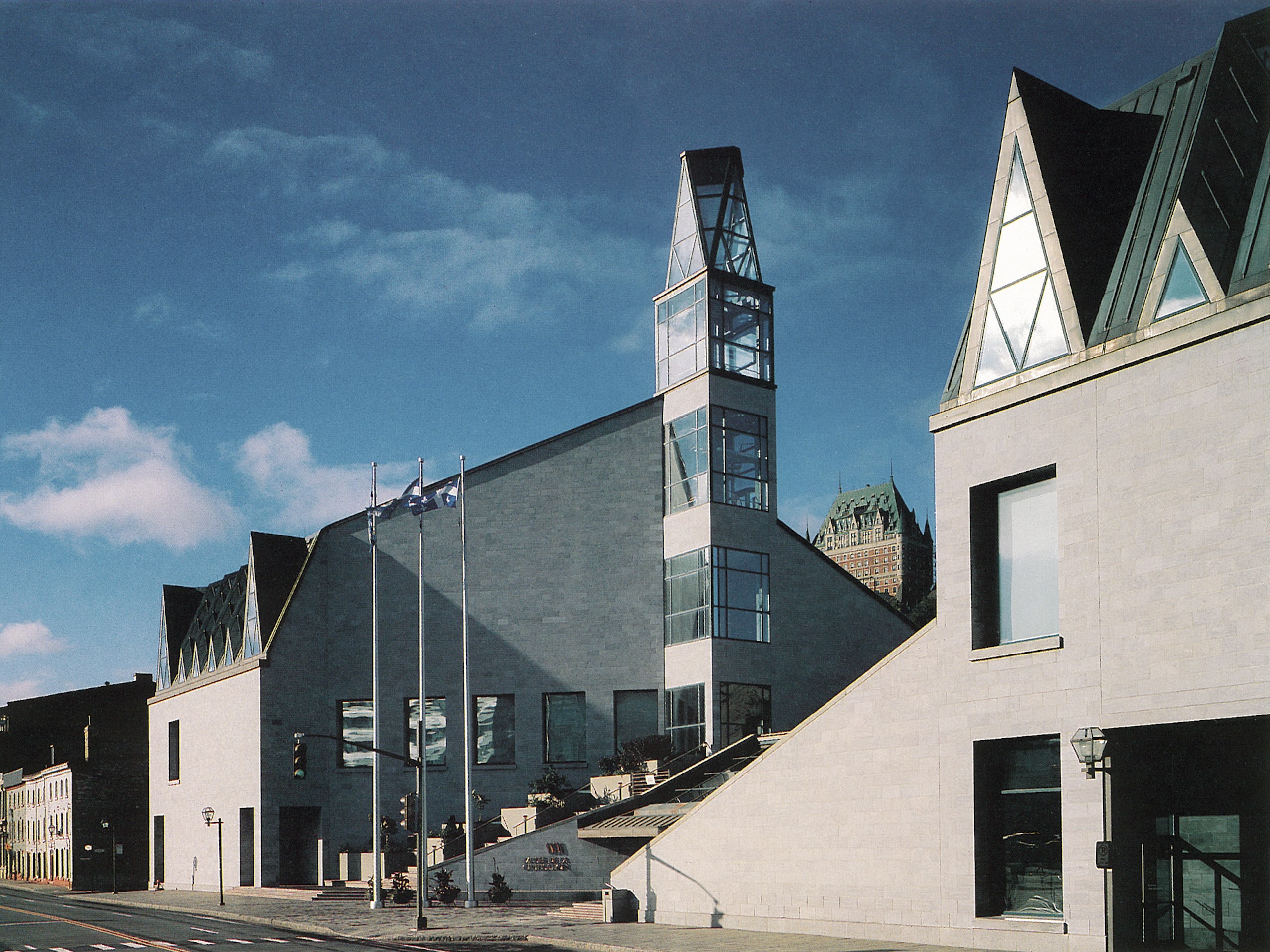 The museum is intimately connected to its historic and prominent site: as a platform to observe neighboring urban landmarks and the sweep of the St. Lawrence River, and as a segment of the historic urban district sloping toward the city’s edge.

The Québec Museum of Civilisation occupies a large city block along the St. Lawrence River in an historic district of Québec City. It accommodates both a permanent anthropological exhibition and galleries for changing displays. Entrances from both the river and city sides of the building form a concourse, which acts as the museum’s main foyer and connects the upper and lower city. This central meeting place incorporates an original court formed by the stone wall of the restored Maison d’Estebe, and is flanked by upper and lower galleries connected by a bridge. The original river edge, uncovered during construction, is restored within the heart of the building, inscribing a memory of the city’s past. The concourse’s roof forms a grand public stairway leading to a rooftop park. A spire adjacent to the river entrance and accessible from the roof garden serves as a lookout. An unrealized second phase would have connected the main wing of the museum across a waterfront street to the river.

The Quebec Museum of Civilization

The Museum as seen in the city context, with the original quai and the restored Maison d'Estebe.

The galleries are organized by a tartan grid, with a narrow module containing the mechanical services and a wider module for the exhibition spaces.

Dormers and skylights in the roof provide natural light to the gallery spaces, and local grey limestone clad the exterior walls.

Light entering the museum is diffused through polycarbonate panels framed with aluminum tubes.

View of the restored courtyard from the interior. 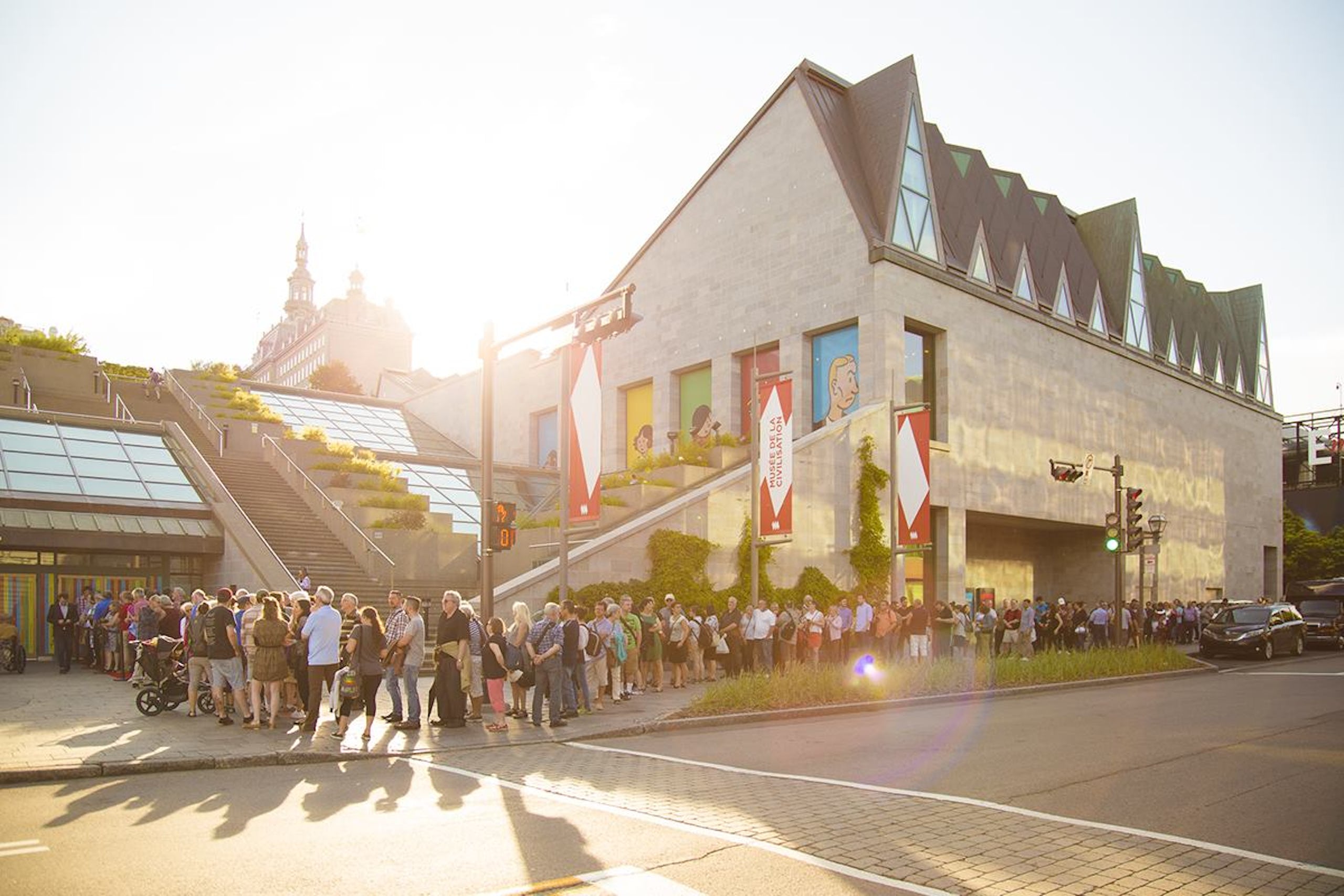 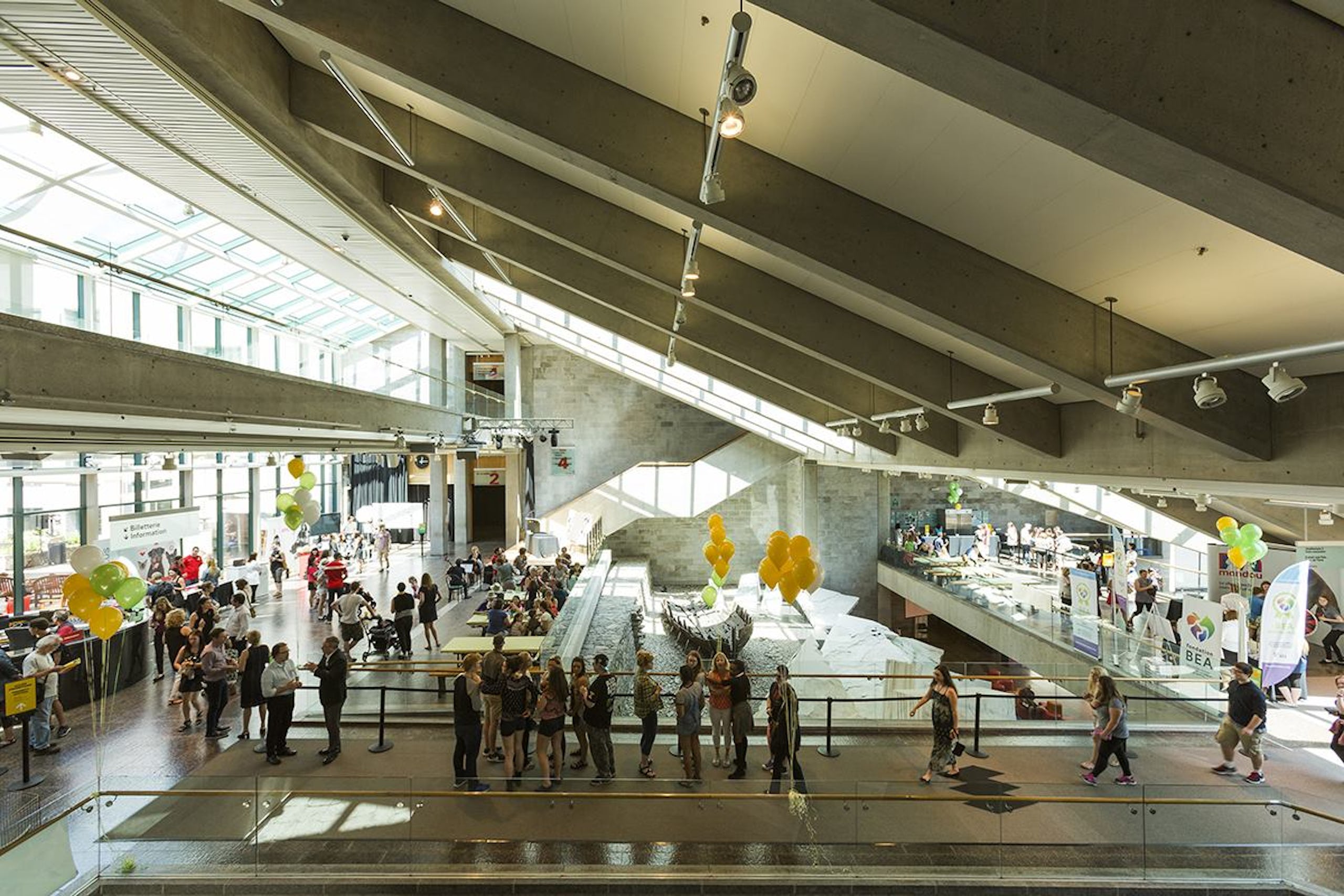 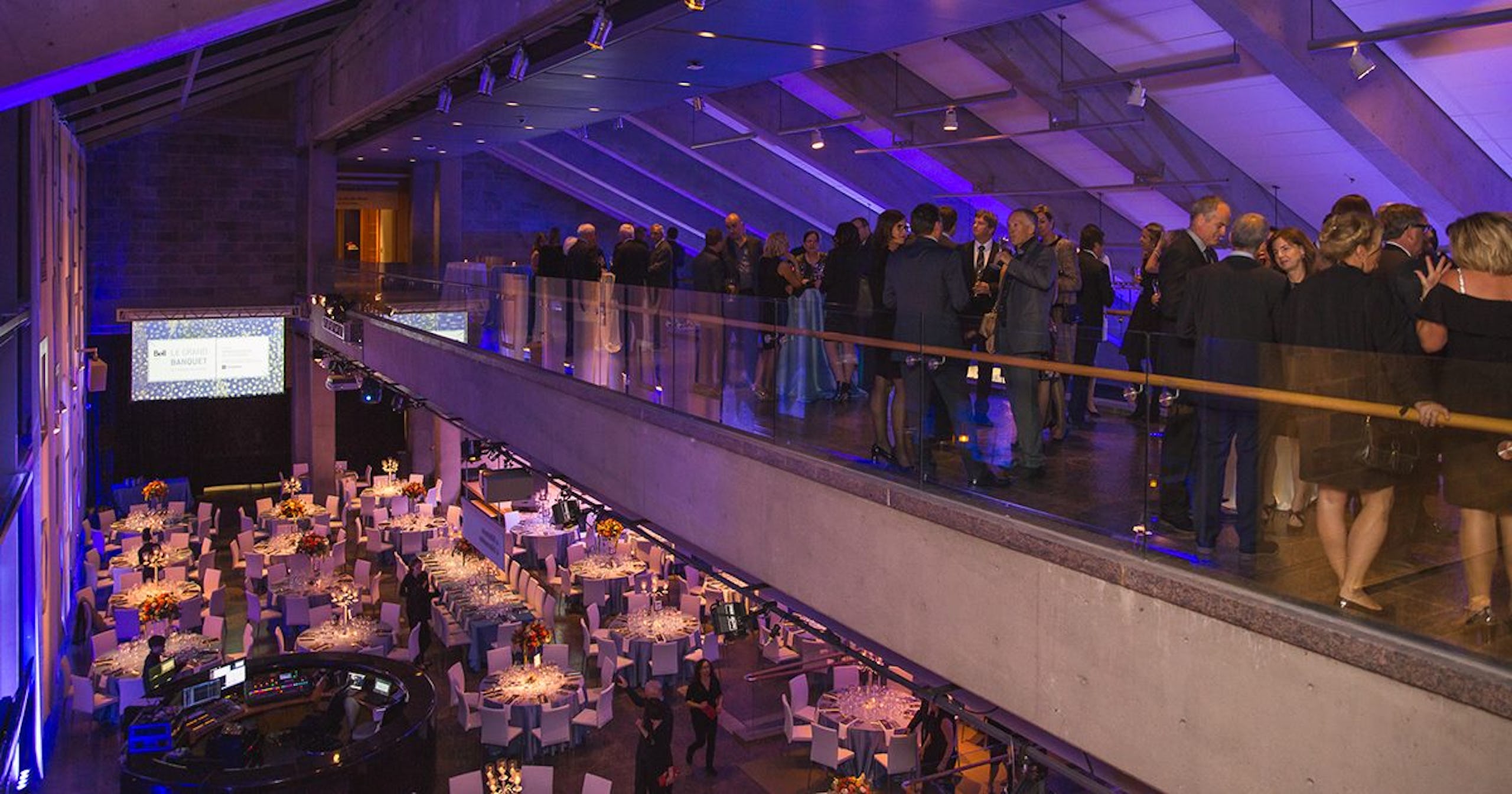 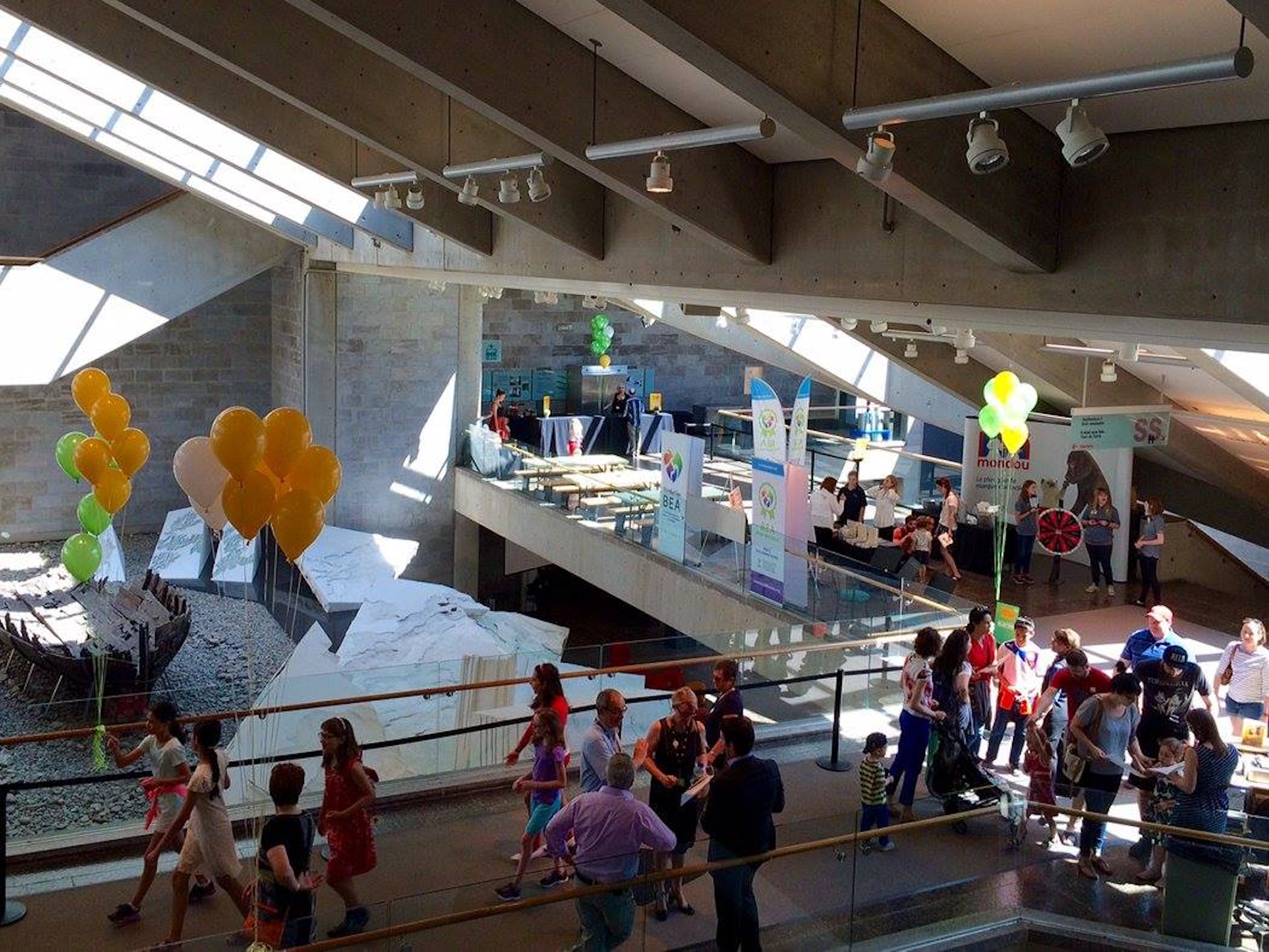 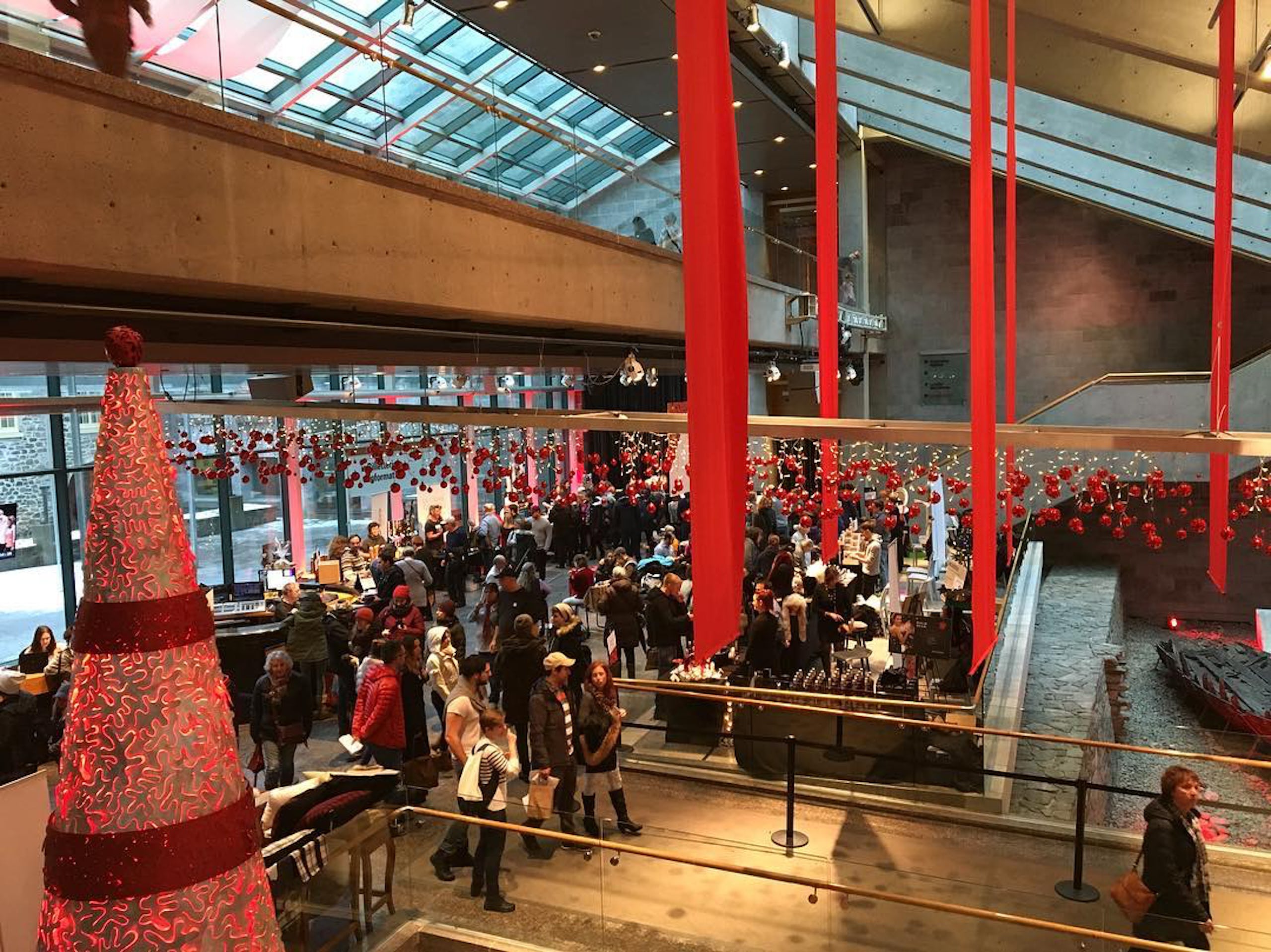 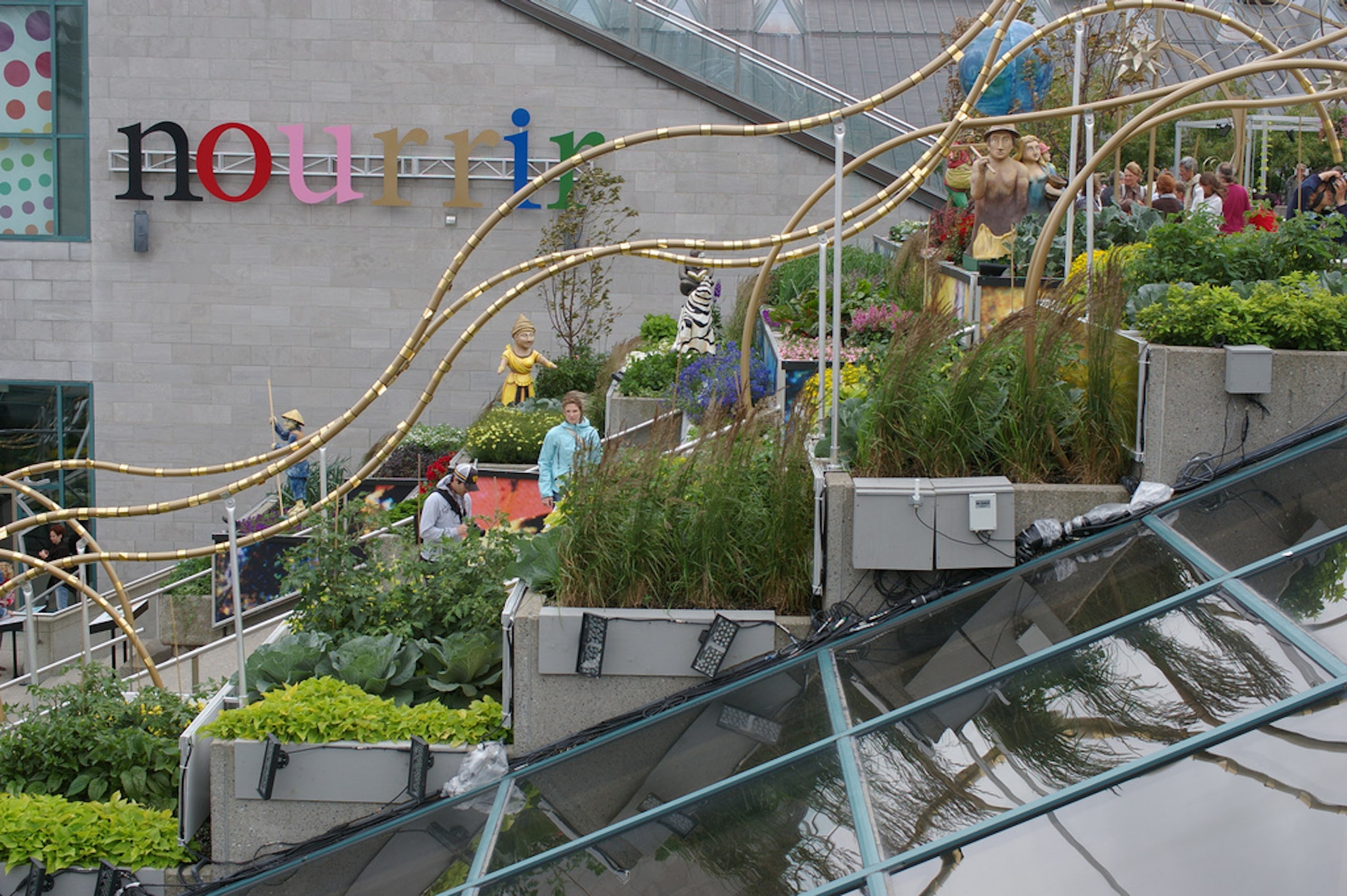 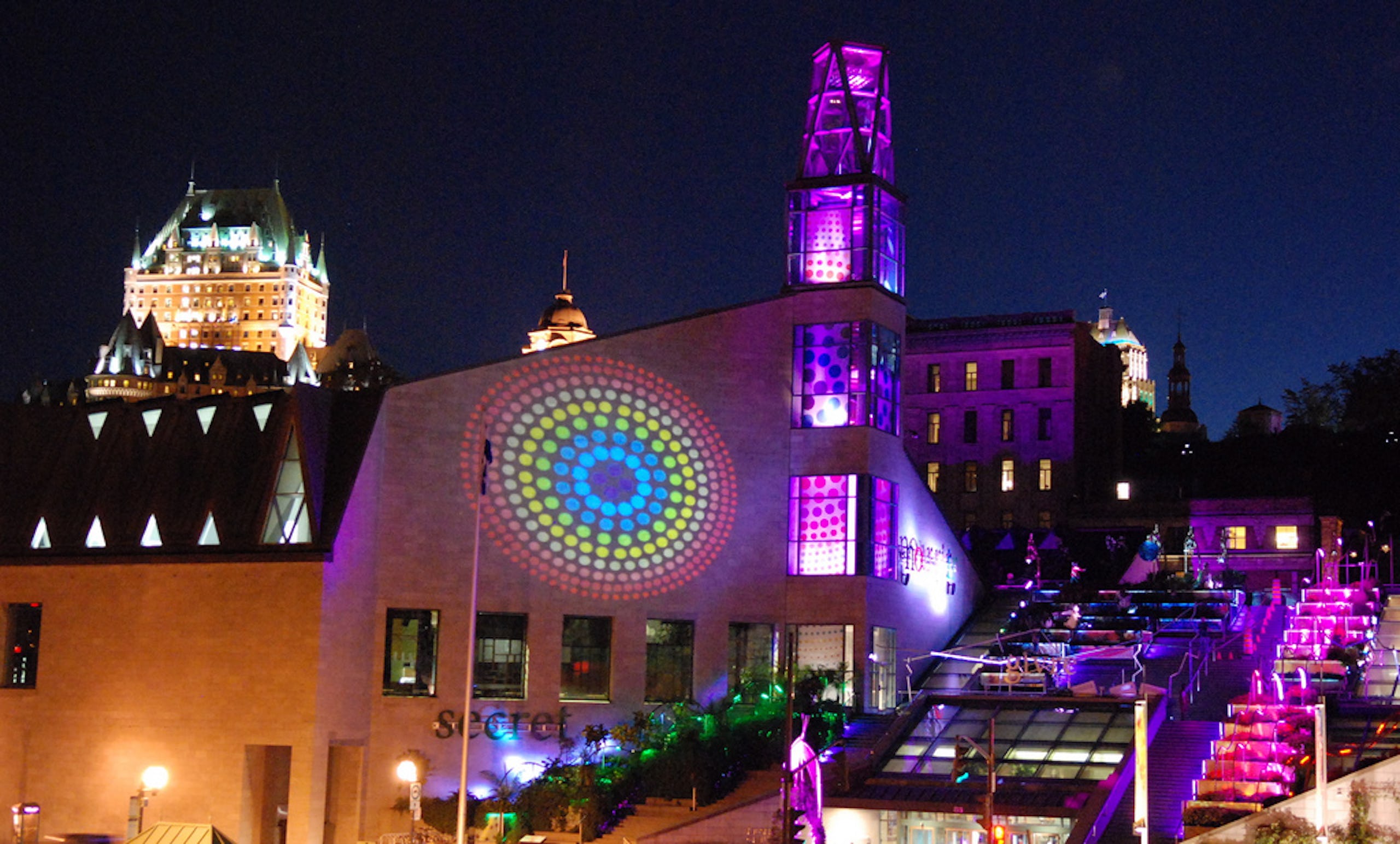