Full article at CBC.
Excerpted from a piece by Craig Desson.

52 years ago, Habitat heralded a new way to build urban housing. The style is now catching on internationally. 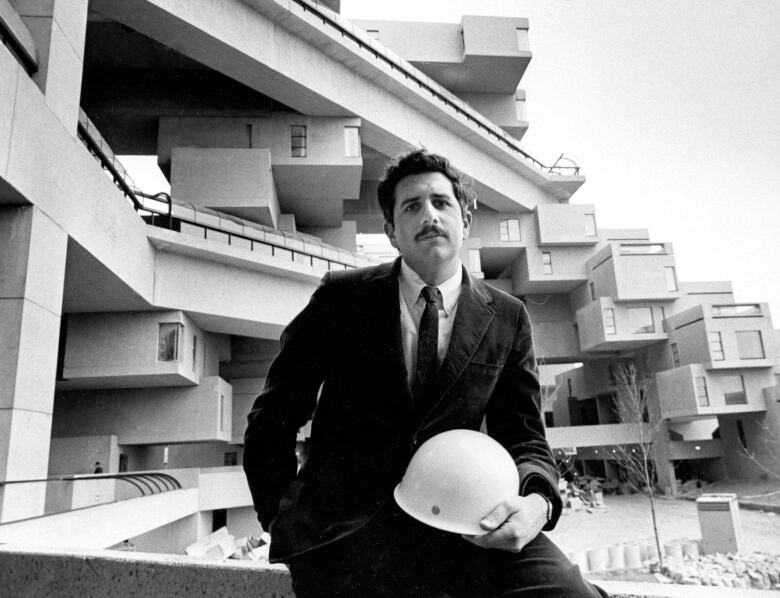 Habitat 67, a seemingly bizarre and innovative collection of modular apartments overlooking the St. Lawrence River, has been around for more than 50 years. Moshe Safdie still can't believe it exists.

"It's like a fairy tale. How did I ever get it built?" said Safdie, 81. The Israeli-Canadian architect designed the project, and was in his 20s when it opened in 1967. 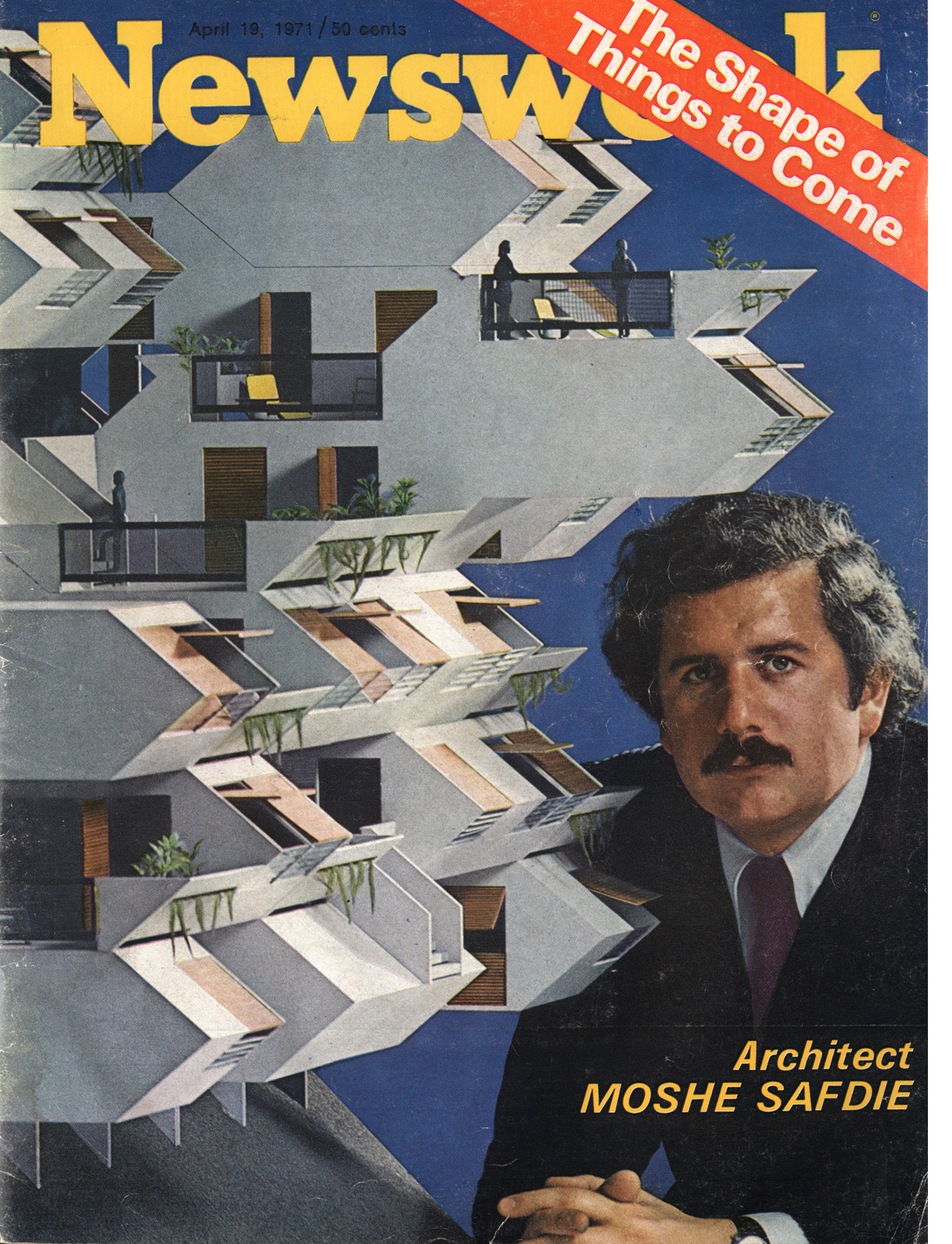 Built for Expo 67 in Montreal's Cité du Havre neighbourhood, not far from the Old Port, its cubist design, floor-to-ceiling windows and rooftop gardens were heralded as a new way to build urban housing.

"The objective was to rethink the apartment building," said Safdie.

Habitat turned Safdie into an overnight success. He made the cover of Newsweek — a photo of him and his chef-d'oeuvre appeared below a headline that read: "The shape of things to come."

There were plans to build similar buildings in New York City, Jerusalem and Puerto Rico, but they were never built, mostly because of the cost. Habitat was built as a one-off for Expo 67 with government money, unlike regular apartment towers which usally paid for by private investors looking to turn a profit.

Now, five decades later, Safdie is building versions of his iconic buildings once again — in Asia.

To understand why the Habitat style is experiencing a renaissance, it's worth looking at what made it a unique building in the first place.

Safdie's breakthrough was that he realized by adding large terraces and wide laneways between units, an apartment complex could feel like a neighbourhood in the suburbs.

Habitat 67 showed that high-density urban housing could be built without making people feel like they're been crammed into a concrete shoebox. 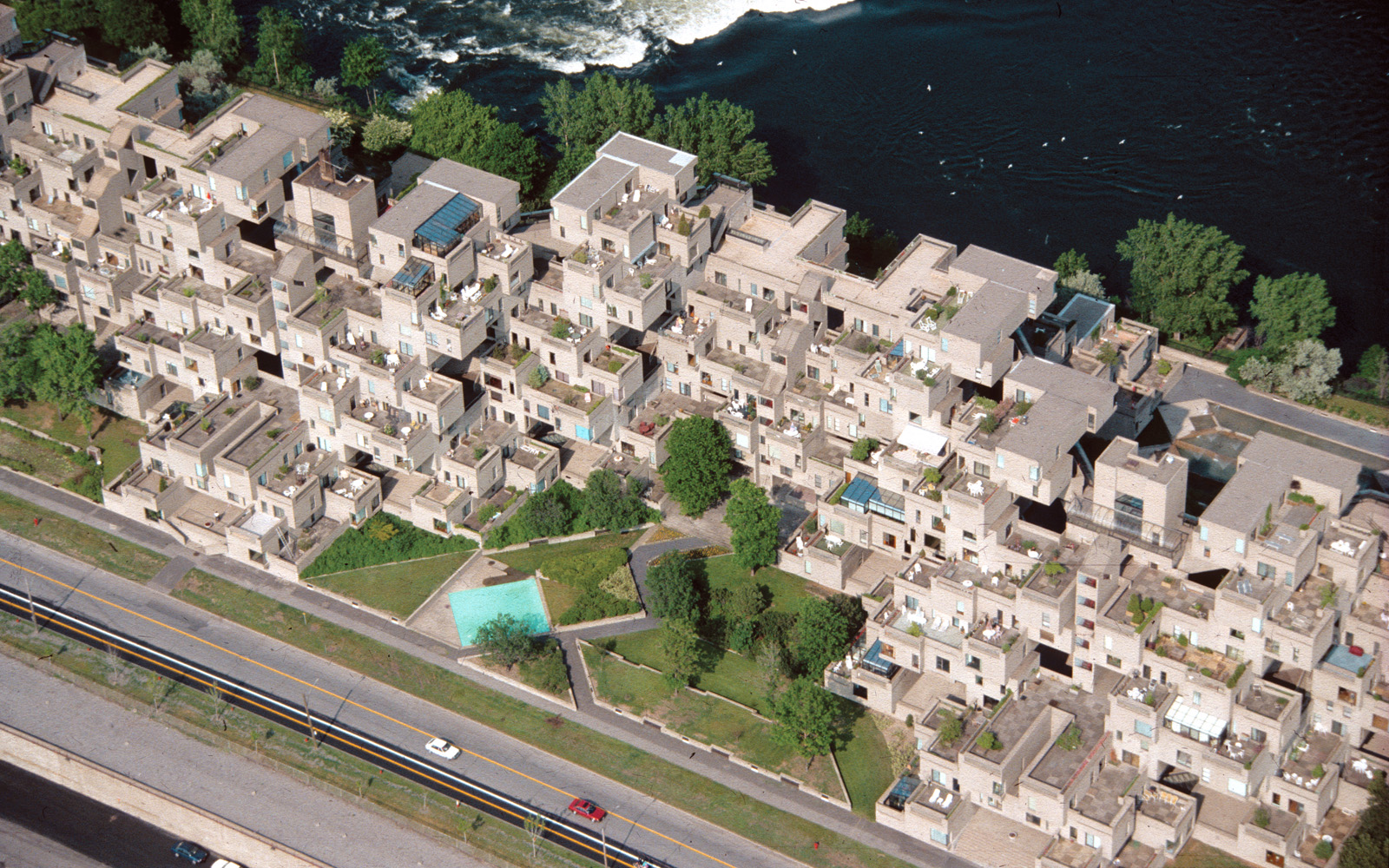 Guided tours of Habitat 67, including Safdie's apartment, are now being offered.

Moving on, and coming back

After Habitat 67, Safdie built other types of buildings. He created the National Gallery of Canada in Ottawa, Terminal 1 at Toronto's Pearson International Airport and the Yad Vashem Holocaust History Museum in Jerusalem.

But in recent years, Asia's growing cities have created a demand for Safdie's design.

His reputation for building high-density housing with large balconies, shared gardens and open spaces is resonating with Asian real estate developers looking to create something other than a regular apartment tower. 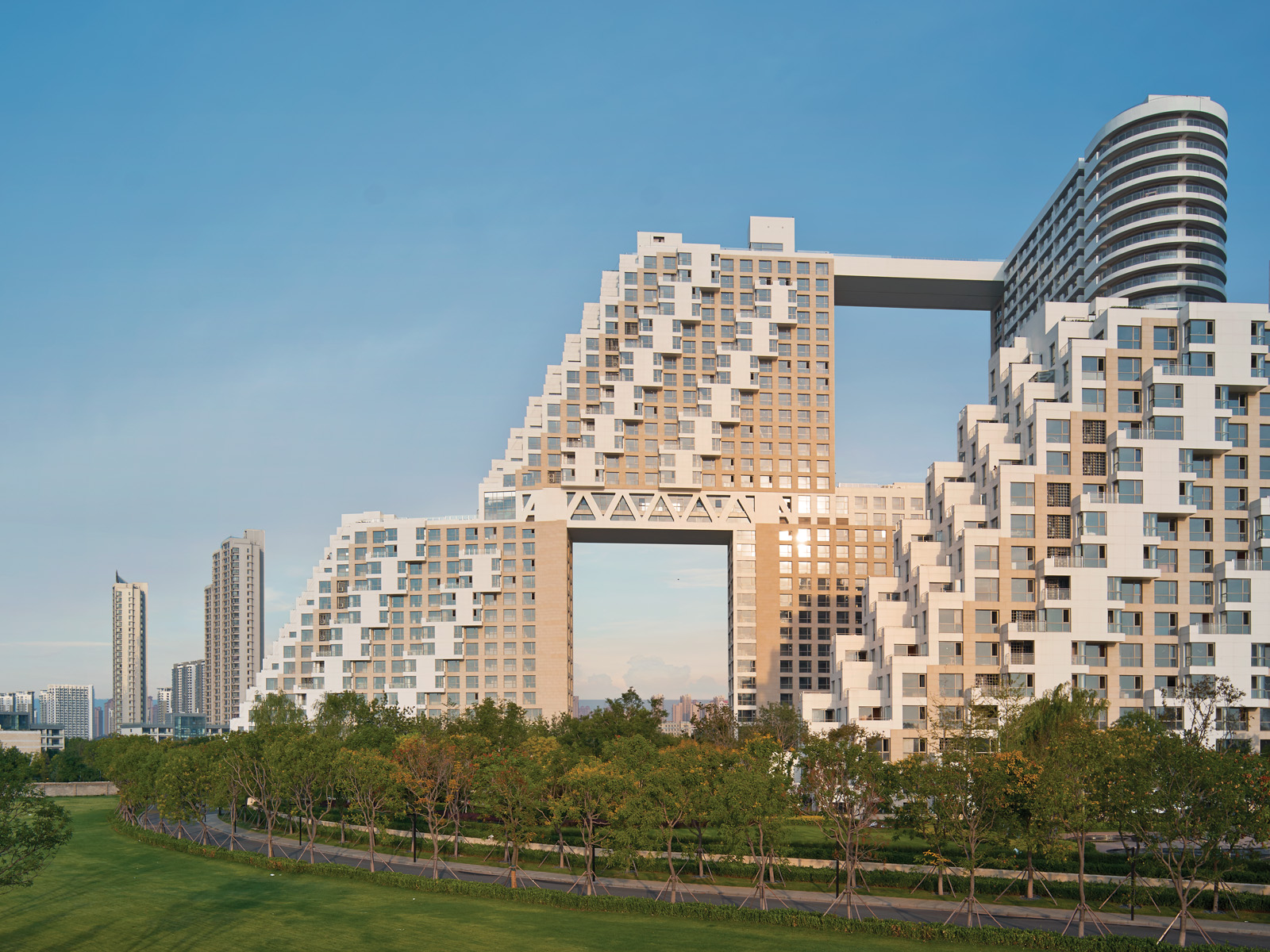 Habitat Qinhuangdao is located in the beach front city of Qinhuangdao and faces the Bohai Sea.

Some Asian developers are approaching Safdie's architecture firm because they're fans of his style. In other cases, Safdie's firm will submit a proposal for a Habitat-style building that fits with a developer's call for pitches. 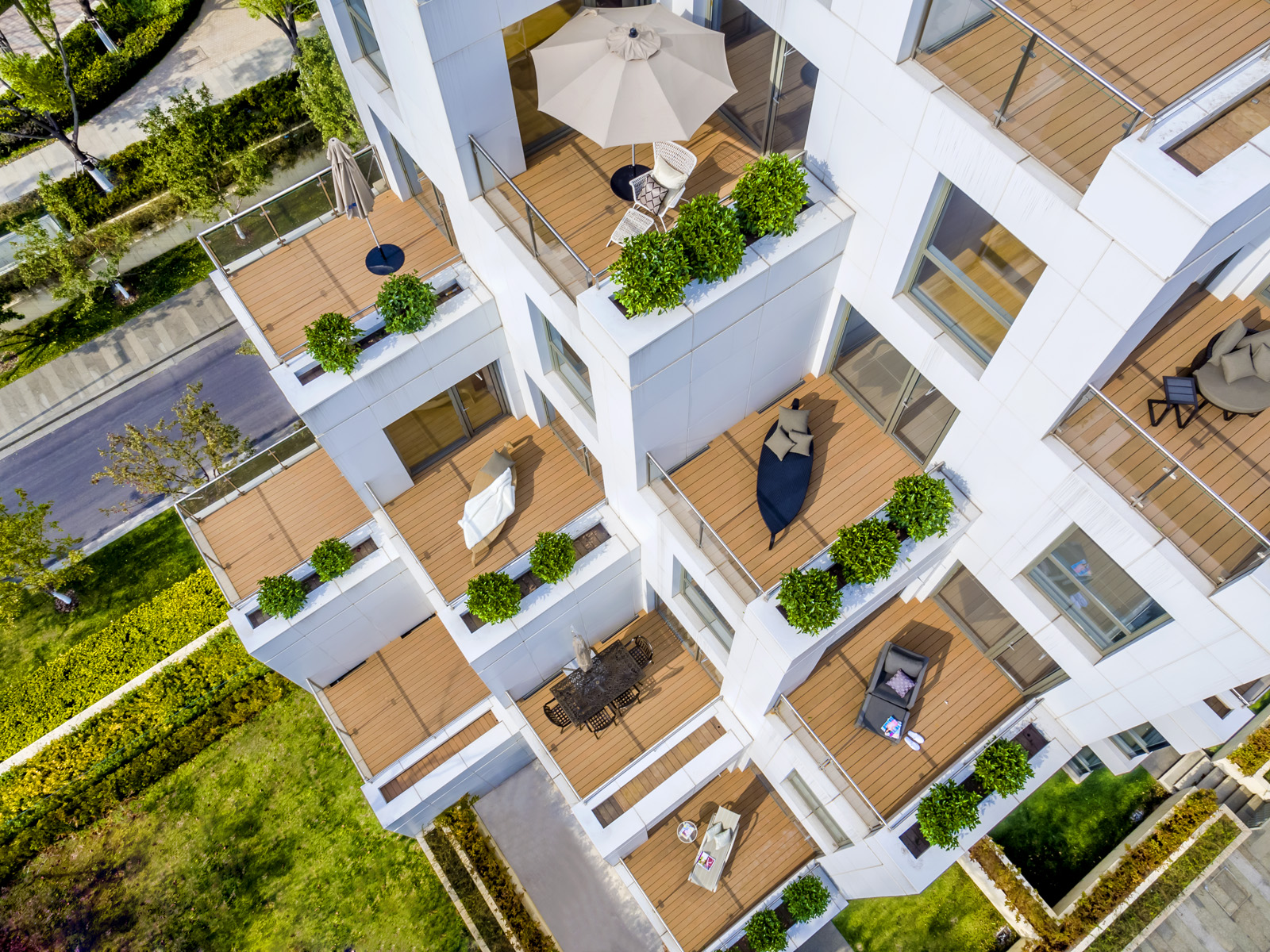 Habitat Qinhuangdao features the square balconies found in Montreal's Habitat 67."The increased density of today's cities requires us to rethink building types to maintain a sense of community," said Safdie.

Safdie is happy to finally see his vision spread internationally. But even with the proliferation of Habitat-style buildings on the other side of the world, he still has a soft spot for the one that started it all.

"It's still the most radical building I ever built, and that's after 55 years of practising architecture," he said.

Excerpted from a piece by Craig Desson.
Read the complete article on the CBC site or download it as a pdf below.

Unless otherwise noted, all images on this page courtesy Safdie Architects.